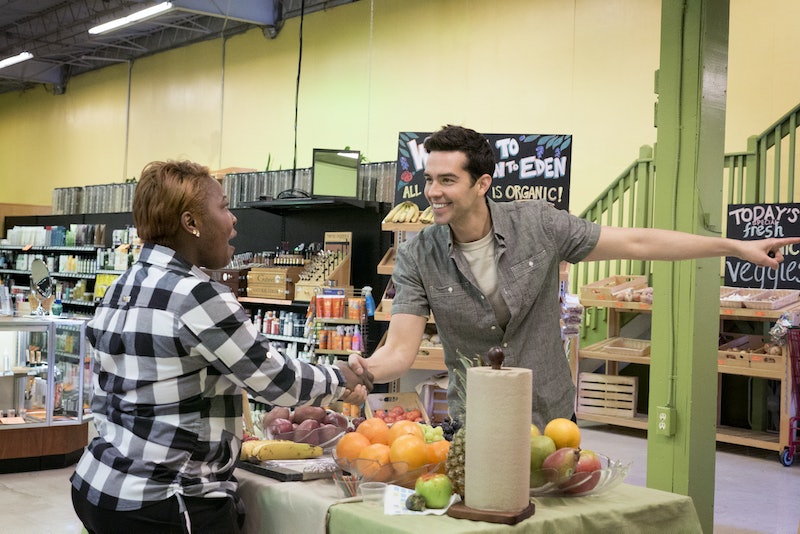 From Candid Camera to Punk'D, prank shows have been a TV staple throughout history. No matter how technologically advanced we get as a society, people are always going to be gullible and suceptible to being tricked. And, so long as those people are around, there will be others who want to point a camera at them and laugh. So, what makes one prank show different than the others? Usually, it has to be the host or other performers involved. Take, for instance, The Carbonaro Effect , which premiered on truTV on July 29. On the surface, it seems like it could be any other prank show. So, who is Michael Carbonaro, and what makes his show different than those that came before him?

Magic. I'm not saying the word "magic" as in some indescribable, ineffable quality that makes him special and different from all prank-show hosts. I mean he's literally a magician, and The Carbonaro Effect is about getting people in everyday situations to believe that something supernatural is happening to them. Here's what you need to know about Carbonaro, and his powers of performance.

He's No Stranger To TV Magic

If Carbonaro and his show seem familiar, it may be because of a similar bit he used to do on The Tonight Show. For "Magic Clerk," he'd turn his magic on unsuspecting shoppers at a convenience store. I wonder what other pre-Fallon Tonight Show segments they could spin off into their own TV shows. Jaywalking? Headlines?

His Magic Is Respected By Other Magicians

I know it seems like duping trusting shoppers might seem a little silly, but Carbonaro is a vaunted magician. The Academy of Magical Arts—the group that meets at The Magic Castle, as seen in Arrested Development (and some interviews with magic enthusiast Neil Patrick Harris)— named Carbonaro with its 2014 Magician of the Year. Past winners have included Penn & Teller, Ricky Jay, and David Copperfield, so you know that's legit. It's pretty impressive for a group that sounds like an extra-curricular activity at Hogwarts.

But It Isn't The Only Way He's Gotten Himself On Screen

Carbonaro is an actor, too, with roles in everything from iCarly to 30 Rock to All My Children. He's won an award for his acting chops, too. After appearing in Another Gay Movie in 2006, he won Outfest's 2006 award for Outstanding Actor in a Feature Film. But was it earned, or did he use his magic powers to trick them?

And, Of Course, There's Comedy

I mean, is there a performer out there today who doesn't have some kind of stand-up experience? Carbonaro's done his time in the comedy spotlight without his top hat and rabbit. (Do magicians still use those?) And is proud of his diverse performance background. TheCarbonaro Effectstar told Heavy in 2014, "I’ve done TV, stand-up comedy, and magic and this show puts them all together at once to create its own effect."

Like, a big one. In the same interview with Heavy, Carbonaro reveals he has a "certifiably insane love for cats." And I totally believe him — it's too sweet to be a trick.