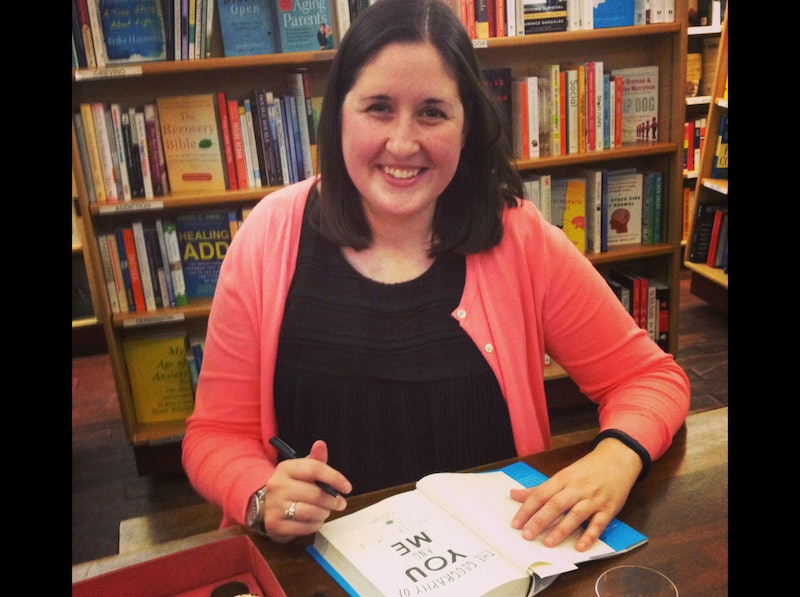 Until a few months ago, in addition to being a writer, I was also a senior editor at a major publishing house. Every so often, some young graduate of my alma mater, or a friend’s niece or that ambitious kid I met at a reading, would come in for an informational interview. Her question was always this: How do I become an editor?

But as the conversation continued, as she spoke about her love of Dickens, or that one special English professor she had, something else would inevitably float to the surface.

“I do a little writing too,” she'd admit, looking unaccountably nervous. And I’d always realize a beat too late that what she was really trying to ask me was this: Is it possible to be both a writer and an editor?

The short answer is yes. I know this, because I did it for a very long time. During the seven and a half years I was an editor, I also wrote seven novels of my own. It wasn’t easy. It meant a lot of long hours, and a lot of early mornings, and a lot of hard work. But I kept at it, because how many people are lucky enough to find one job they love, much less two? The juggling act was one of the best things I ever did. And it was also one of the craziest.

Is it possible to be both a writer and an editor?

I never thought of being an editor as a day job. I wasn’t passing the time or punching a clock. It was a second career, and one that I loved, which made it incredibly hard to eventually leave. Because here’s the thing: I am undoubtedly a better writer for having been an editor. You can’t spend that much time considering piles of manuscripts without learning something essential about what makes a book work. You can’t read hundreds of unpublished novels without better understanding why a first chapter might fail to hook you, or why a voice comes off as cloying, or why a plot falls apart two-thirds of the way through. And, on the flip side, you can’t read that many amazing examples of lyrical prose or brilliant plotting without it elevating your own work. You can’t spend so much time trying to figure out how to fix a book, how to polish what’s already there, or take the whole thing apart and put it back together again, without benefitting from that, too.

The catch, of course, is that writing and editing both take up an enormous amount of time, and even more than that, a huge amount of creative energy. If there were 48 hours in a day, I might have continued to do both forever. But as my own writing career continued to grow, the balancing act just became too difficult.

Still, I wouldn’t trade those years in publishing for anything. So, here’s what I’d say now to all of those eager, bespectacled, enormously well-read English majors, the ones who are so anxious to be involved in this double-life, just as I was.

I’d tell them that it can be really hard. It means stealing hours whenever you can, finding pockets of time where you’re able to turn to your own manuscript for once, instead of working on somebody else’s. It means that when your friends are going out for drinks, or your roommate is watching a movie in the next room, you’ll be busy plunking down word after word on your computer, hoping they might somehow add up to something. It means hours and hours spent writing with no guarantee of success. It means working hard to refine and preserve your voice, when you have so many others in your head from all the reading you’re doing. It means that the block of time you’ve set aside, guarded like some precious treasure, will inevitably be stolen away by a buzzy manuscript that needs to be read immediately. It means that all your creativity for the day might easily get used up on someone else’s work. It means long hours and late nights and early mornings. It means watching others succeed before you do — sometimes even helping them to do just that — and being so jealous you can almost taste it. It means being frustrated. It means being exhausted. It means being proud of just how much you’re juggling, even as you’re wondering how much longer you can keep it up.

But it also means getting an education that rivals any MFA. It means reading so much that you become finely attuned to what makes a book tick, and even more than that, what makes one work. It means having a front row seat to how those books get made. And it means getting to talk to some of the best in the business — from writers to editors to agents — and learning from them firsthand.

It means watching others succeed before you do — sometimes even helping them to do just that — and being so jealous you can almost taste it.

I’ve been lucky enough to play a small part in the success of other writers, which has been a true privilege. I’ve gotten to meet some of my literary heroes, and collected stories I’ll be telling for years to come. And perhaps most importantly, I’ve learned to budget my time, and to work harder than I ever thought possible. I’ve discovered gears I never thought I had.

But most of all, I found out just how bad I wanted it. Because now that I’ve come out on the other side, in spite of all the long hours and late nights, the missed parties, and the three-day weekends spent on someone else’s manuscript before I could get return to my own. I know that I’d do the whole thing over again in a heartbeat.