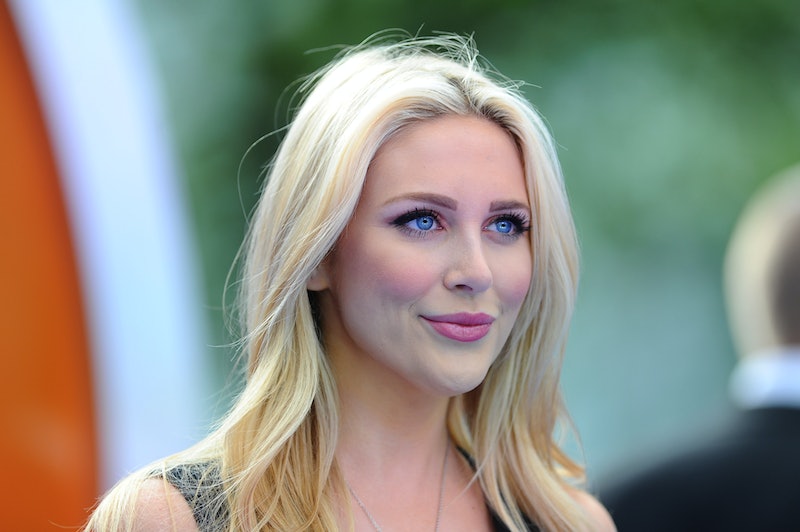 Stephanie Pratt is known as a reality star from The Hills, but some significant parts of her actual life have not been known publicly until now. Fans saw her on screen, partying and looking pretty for The Hills cameras, but Pratt reveals in her recently released memoir, Made in Reality: From the Hills of L.A. to London's Made in Chelsea, that her life hasn't always been as amazing as it might seem to fans. In her book, Stephanie Pratt opens up about her crystal meth addiction as a teenager, as well as body image struggles that led to bulimia while she was on the MTV show. But now, Pratt seems to be thriving, and that can be seen the way she reacted to those who said negative things about her drug revelation online.

In an excerpt from the book shared in New magazine, Pratt reveals some harrowing details about the intensity of her addiction. She writers, "I was 14 or 15 [when I first smoked it] ... I was on the extreme level and addiction developed instantly. [I smoked] probably four times before school, then at snack ... probably 12 or 13 times a day." Her problems worsened when she felt that her parents didn't pay close attention to her issues. She says, "I didn't care about anything. I could live or die, I didn't care ... I had nothing to get out of bed for. Nothing was exciting." About her struggle with bulimia, she wrote, "I lost about six pounds in two weeks but bulimia made my face very puffy so I freaked out and began going on crazy little diets, like I'd only eat Tic Tacs."

In 2009, Pratt spoke with MTV about her bulimia and said her main motivation in sharing her story was to help people see the signs of addiction: "The more I can stress about being honest, [the better]. Again, you are as healthy as your secrets."

In sharing more of her story in her new book, Pratt is putting herself out to be criticized, and the Internet has quickly responded. Unfortunately, some people with nothing else to do, have accused Pratt of making up these stories to build up publicity for her show Made In Chelsea. In light of this, the 29-year-old has continued to stay positive and thank her fans for their support.

Instead of focusing on the negative, Pratt is sharing posts on social media of the fans who are standing by her side. What's most inspiring is that she continually points out how anyone can overcome their troubled past. Hopefully, she will continue to shine bright.