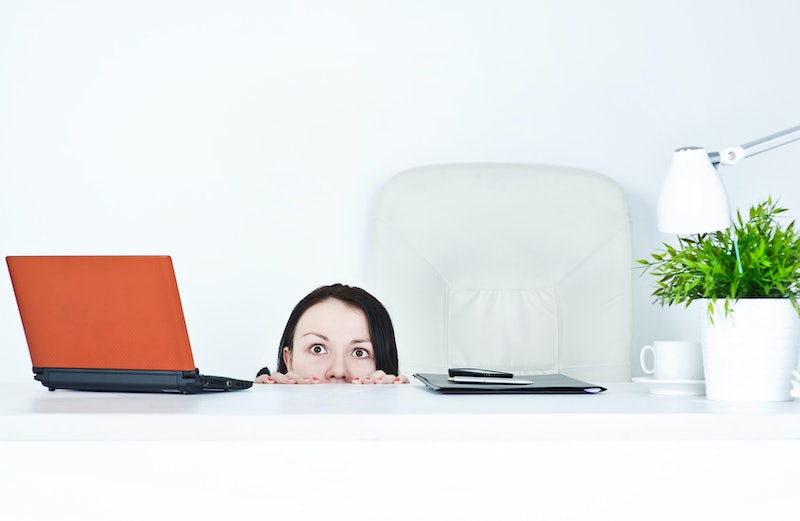 A sort of mass hysteria can overtake an office where people are perpetually rushing. In the presence of an office rusher, everyone walks faster, talks faster, gets to the point faster (that's probably a good thing), and generally looks busier. The Wall Street Journal explored how busy colleagues create secondhand stress and contribute to an office culture where everyone feels the need to keep up at a frantic pace.

This sort of hyper-productivity (some might say anxiety) can be contagious in workplaces. "The productivity of entire teams can go down," personal branding consultant William Arruda told the Wall Street Journal. "If you have one person rushing into meetings at the last minute and tapping a pencil through the entire session, it changes the cadence for the entire group."

If you've got a coworker whose flurry makes you flustered, don't feel bad — "The Rusher" induces feelings of anxiety, inferiority, resentment, avoidance, and desperation in colleagues, says the Journal. But though the article offers lots of advice for rushers (mainly: slow down), it doesn't say what to do if you've got an office-mate that's stressing everybody else out.

"Secondhand stress" may seem like a silly concept, but there's actually a fair amount of research into how it can be harmful in the office. Neuroscientist Mark Fenske points out several ways busy, rushed or stressed-out colleagues can trigger stress contagion throughout a workplace. Mirror neurons designed to trigger empathy make it hard to resist the stressed out moods of those around us; and anxious coworkers also release stress pheromones that could unconsciously impact the brain activity of those around them. People also unwittingly take on colleague's stress-related body language, such as hunched shoulders or furrowed brows, say University of Hawaii researchers. The moral of the story? Chill the eff out. It's good for you, and for your colleagues.