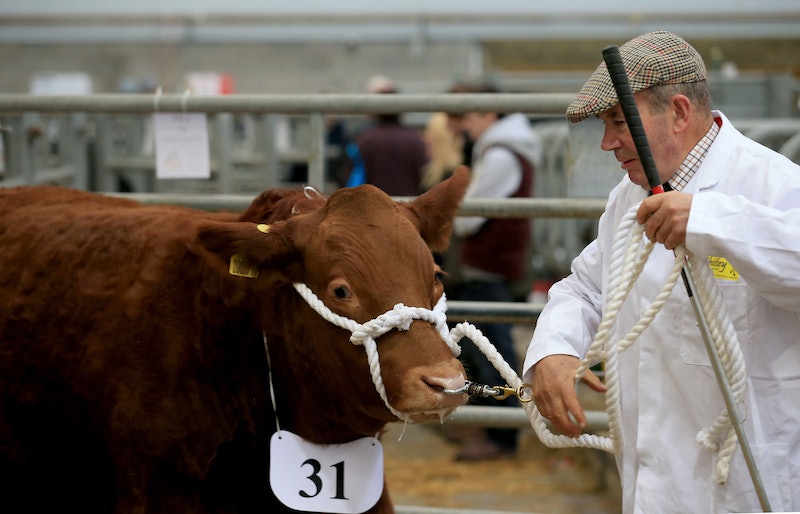 Good news for meat lovers: On Wednesday, the Food and Drug Administration announced that it would take steps to limit the antibiotic levels in animals. To do this, the FDA will now begin asking drug companies across the globe to voluntarily revise their labels of antibiotics they deem necessary for animals' health, with the aim of phasing out some antibiotics in animals entirely.

"Because antimicrobial drug use in both humans and animals can contribute to the development of antimicrobial resistance, it is important to use these drugs only when medically necessary,” the FDA said in a release.

Farmers realized decades ago that feeding antibiotics to animals helped them grow more quickly, so they combined the drugs with the feed and water of healthy animals. Now, because there has been such expansive use of antibiotics in meat for so long, farm animals are now experience antibiotic resistance — and debate rages about the consequences for the humans that eat them. Experts attest that overuse of the critical drugs no longer do what they're supposed to do, which is, you know, treat infections.

In September, the Centers for Disease Control and Prevention released a report that revealed just how detrimental antibiotics in meat can be. The study showed that every year, 23,000 people die from antibiotic-resistant infections. The more a specific germ is exposed to antibiotics, the quicker it can develop resistance, and feeding these drugs to cows, pigs, and chickens could play a major role in the ability of meat-eating humans to fight off sickness.

Organic meat, on the other hand, doesn't contain any added chemicals and is antibiotic-free. Right now, this makes it the healthier option for individuals when selecting meat at the grocery store. But the FDA's new guidelines aim to make all meat antibiotic free: Health advocates claim the FDA's plan, initially introduced in 2012, will help maintain the effectiveness of the antibiotics crucial to human health.

“Restricting the use of antibiotics for growth promotion and increasing veterinary oversight is a promising start,” Laura Rogers, director of the Pew Charitable Trusts’ human health and industrial farming campaign, told the New York Times. “We’re particularly encouraged that major drug makers are indicating they will comply and that the FDA acknowledges there is still more work to do.”

But some experts have claimed that the voluntary guidelines will give drug makers too much discretion and control when deciding whether to use antibiotics. The ironically named Louise Slaughter (D-N.Y.) noted the FDA’s new move is not a sufficient response to the incessant overuse of antibiotics by farmers. She's proposed legislation for a mandatory ban on antibiotics in animals: "Sadly, this guidance is the biggest step the FDA has taken in a generation to combat the overuse of antibiotics in corporate agriculture, and it falls woefully short of what is needed to address a public health crisis."

Time will tell whether or not the FDA’s new guidelines will produce any kind of effective changes or not. In the meantime, you can read this unsettling exposé by Rolling Stone about the catastrophic living conditions suffered by animals involved in the meat industry — just make sure you're not eating.