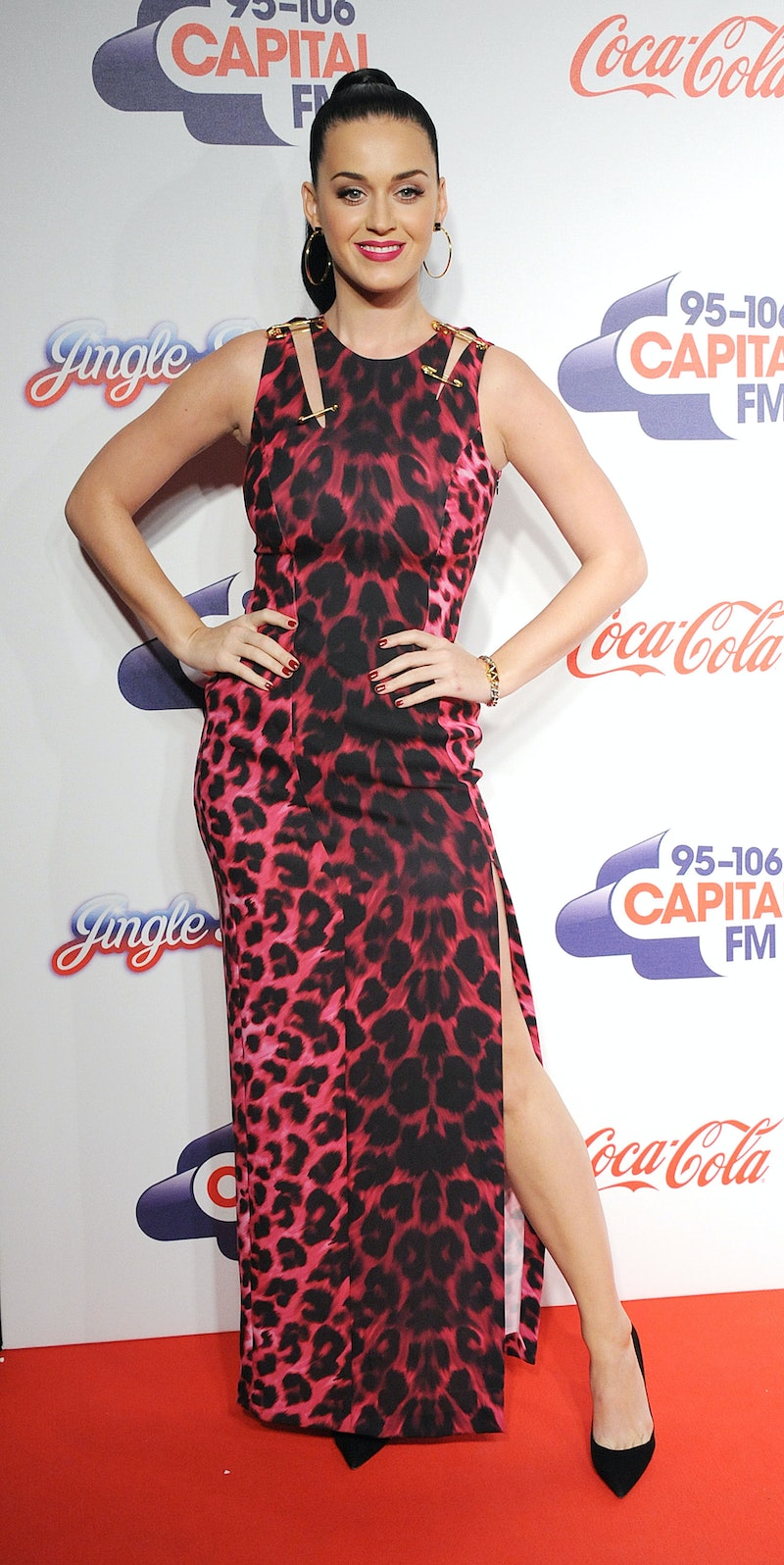 Since splitting with comedian Russell Brand, Katy Perry has remained pretty mum on the reasoning behind the divorce — in fact, all she's really said is that she was in a "dark place" after the marriage ended last year, and that it inspired a lot of her songwriting in her new album, Prism. But now, in a new interview with Marie Claire, that might be changing: According to Katy Perry, Russell Brand tried to "control" her by persuading her to have kids, and she wasn't ready to start a family yet.

Back in 2010, Perry said in an interview with Grazia that she wanted "lots of children" with then-husband Brand, but didn't specify when she wanted to start a family.

As for now, Perry revealed that she still isn't ready to have kids, but still definitely wants them in the future.

"I'm definitely not there yet, and I can't plan that far in advance. When I decide to have a family, I'll just want to be Mom for a little bit." Of course, she didn't specify whether or not she was thinking about it with current boyfriend John Mayer — but she did reveal a bit about that relationship as well: "He's just a fantastic partner," she said. "I've been a fan of his for such a long time. He's got a brilliant, brilliant mind...It's a rad, mature relationship."

I'm just going to ignore how weird it is to see John Mayer's name and the word "mature" in the same sentence now, and just be happy that she's happy. Good for you, Katy Perry!