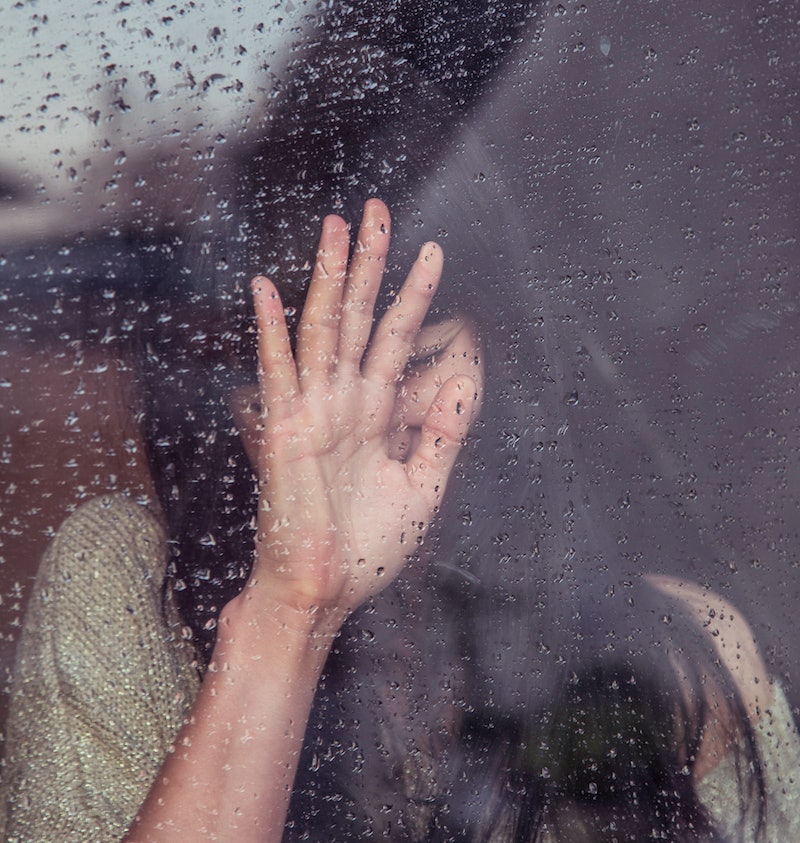 Introversion is getting a lot of attention these days. The book Quiet , by Susan Cain, was a New York Times bestseller, and it made the case for the quiet, retiring types in today's corporate culture — where we're likely to get passed over, sat on, and crowded out, because we can't speak up for ourselves if our lives or lunches depended on it. While we're busy being diamonds in the rough, though, we introverts are also suffering severe social anxiety, getting horribly drained by parties, and dreading any encounter with a human being on our daily commute. We will change trains if it means less conversation.

Extroverts, who gain energy from social interaction, often don't understand the basic tenet of introversion, which is that encounters with other people are innately draining to us. But it's true: give me a party to attend, and I'll be the energy equivalent of a flaccid balloon after 45 minutes. I'm only saved by understanding friends who let me hide away and look at their bookshelves every so often.

It's these misunderstandings that can make the peculiar existence of an introvert even more stressful. So here are seven struggles unique to the introvert. Recognize them in the wild, record them, and set out to understand this retiring, shy species. David Attenborough's got nothing on this sh*t.

1. The Pain Of The Waiting-For-A-Friend-Outside-A-Party Dance

You know the one. It's a delicate ballet based on poor punctuality. You've turned up to a party where you know nobody save one acquaintance, and they're not there yet. You're now knee-deep in the Waiting Dance, where you must wander around outside the party looking studiously at your phone in a very busy and important manner that implies you can't possibly come inside without confirming this deal, and eventually conclude that binational deal just as — coincidence! — your friend shows up.

Or they never do, and you strike an impressive "I have forgotten something!" pose for onlookers, and leave.

2. The Awkwardness Of Dealing With Grocery Clerks

Seriously, introverts would kiss the inventor of self-checkouts if they could. They would shower him/her in confetti and give them the world's quietest ticker-tape parade. Grocery clerks, however, lead to some decidedly awkward situations. Asking for cash back is stressful.

3. Being Prime Victims For Telemarketers

If we can be seduced into answering the phone (which, frankly, is a tricky proposition at the best of times), telling a person intent on selling us a sunroof or a set of encyclopedias to buzz off is a feat beyond our powers. We find it rough to stand up for ourselves in conversation. It's the same reason we get roped into hideous conversations with Nosy Uncle George, who wants to know about our personal hygiene and tax situation. We can only get away by faking our own deaths or an epileptic fit.

4. Being Too Socially Drained To Even Text

Texting is a fantastic invention for the introvert, but you can reach a point of social exhaustion where even typing some sentences and pressing "Send" is too exhausting to even contemplate. Actually thinking about a response to somebody? But we've been talking to people all day! We even had an honest-to-god conversation with that dumpling seller! Can't we just half-heart an emoji and go to sleep?

5. Having To Dump Somebody For Being Too Much Of An Extrovert

"I'm sorry. It's not you. Or rather, it's your insistence on having friends, and parties, and an active social life, and insisting that I take part in them like a person who doesn't get completely drained by five minutes of social interaction. You are lovely, and probably very hot, but you definitely require a person you're not going to resent when they want to stay home with a box of crackers and Netflix instead of 'hanging' with you and 40 strangers."

Latte cold? Somebody spat in your chicken Caesar? Wedding dress got a hole the size of a Doberman? Well, suck it up, because your introversion ain't going to let you make a complaint, unless it's from the (relative) safety of an at-home complaints form. Chances are that you'll just slink away in silence rather than put yourself in the position of talking — or, hell's bells, actually getting yelled at.

You did it. You went and socialized with normal people and moshed and talked about movies and debated the merits of barbecue versus pulled pork. And now you cannot talk to anybody for at least half a week, while your social capabilities recalibrate and the tiny reserve of fluid in your people-gland refills. (Note: people glands do not exist, but they seriously feel like they do.) You've been pulled far too thin, and need everybody to stop trying to communicate to you about irrelevant things, like your tax return or not getting arrested.