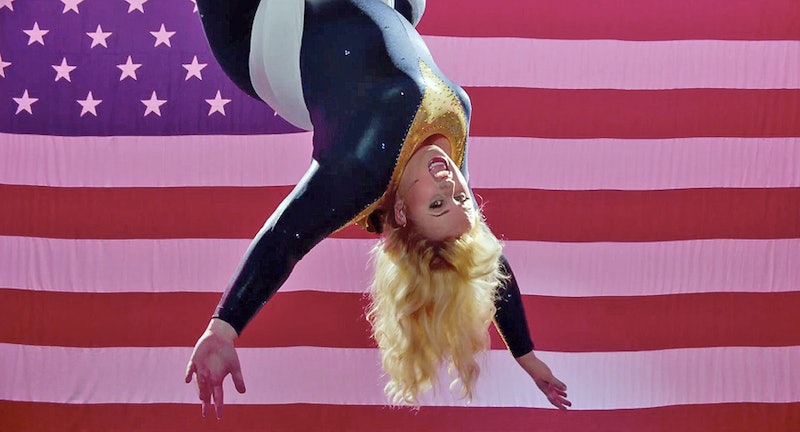 You know what they say: A team is only as strong as its weakest member, and a movie is only as good as its supporting cast (I don't know if they say that, but they should). Some of the best moments in movie history don't come from the actor whose face is on the poster but the people they bring along for the ride. There are many sidekicks who deserve their own movies. Think of Shrek without Donkey singing "You Gotta Have Friends" and the journey or Pitch Perfect if it focused even more on Beca at the expense of the other Bellas. Those movies would be downright boring without their sidekicks. These awesome secondary characters are what make movies great, and they deserve more love.

Luckily, TV shows have learned how to show the sidekick love in a way that movies haven't by simply giving supporting characters opportunities to shine. With a lot more hours to tell a story, TV shows are able to give supporting characters minor plot developments throughout the episodes, and room for growth. There are even plenty of sidekick spinoffs, like the successful Frasier and the tragically canceled Joey, and oldies-but-goodies Joanie Loves Chachi and Laverne And Shirley. Hell, AMC's spinoff success, Better Call Saul, built a whole hour-long drama around a character who served as comic relief on Breaking Bad. Movies lag behind, both in terms of featuring secondary characters in the original films and being reluctant to give those characters their own movies. With such a short time to tell the story, many movies just bring in sidekicks to deliver some jokes or to get the action moving along. But if you're like me, those sidekicks end up running away with the movie and make you wish that these hilarious coworkers or fantastic besties were the focus of their respective movies all along.

With that in mind, here are eight amazing sidekicks who should be the focus of their own features.

As a woman of many talents, from putting her fist in her mouth to meteorology, Karen is the perfect person to star in her own comedy. There's a 100 percent chance a movie just following her would be hilarious, because Amanda Seyfried's wide-eyed, loopy performance is so fun to watch.

The same can be said for Rebel Wilson's breakout character in Bridesmaids. She manages to steal every seen that she's in, with her deadpan delivery and commanding presence. Wilson Deserves her own movie, like, yesterday.

The sassiest of sidekicks, Lilly has her own cable TV show called "Shut Up and Listen." Obviously, a movie following Lilly's career or just her making hilarious comments to people on the street would be great because it would use her wit to its fullest potential.

Donkey is the ultimate sidekick: He provides colorful commentary on the action; he makes Shrek a better person by bringing out his loving side; and he wing-mans Shrek and Fiona. Now let's see his story. Was everyone else in his family also named Donkey? Or did they just stop being creative when they named him?

If Wayne's World came out today, I'm fairly certain its big success wouldn't only mean the greenlighting of a Wayne's World 2 but also a spinoff series like Garth's World. Garth is a loyal sidekick with adorable idiosyncrasies. Plus, the more Dana Carvey in the world, the better.

Sure, he joined the New Avengers at the end of Age of Ultron, but he will likely get lost in the crowd. Rhodey's backstory in the military and his ability to put up with Tony Stark definitely means that he is worthy of his own feature.

7. Missy Pantone, Bring It On

Sing it with me: "I came here from Los Angeles, your school has no gymnastics team, this is the last resort!" Eliza Dushku is such a charismatic actress that it is ridiculous that in all the straight-to-DVD spinoffs, none of them are about her character Missy. A sequel, backstory, or perhaps her potential college cheer career would have made for fun, and slightly edgier, movies.

8. Judy Greer's Character, Any Movie She Is In

Greer is the consummate "best friend" character, having played sidekick in so, so many romantic comedies like 13 Going On 30, 27 Dresses, Love Happens, The Wedding Planner, What Women Want, and basically any other movie with a wedding. We know from Arrested Development (and every project of hers) that she has the comedic chops to hold an audience's attention, so somebody give her a movie, please. And maybe make Katherine Heigl play second fiddle this time.

I know that these sidekicks deserve their own movies because I want to be their sidekicks. So get on that, Hollywood.