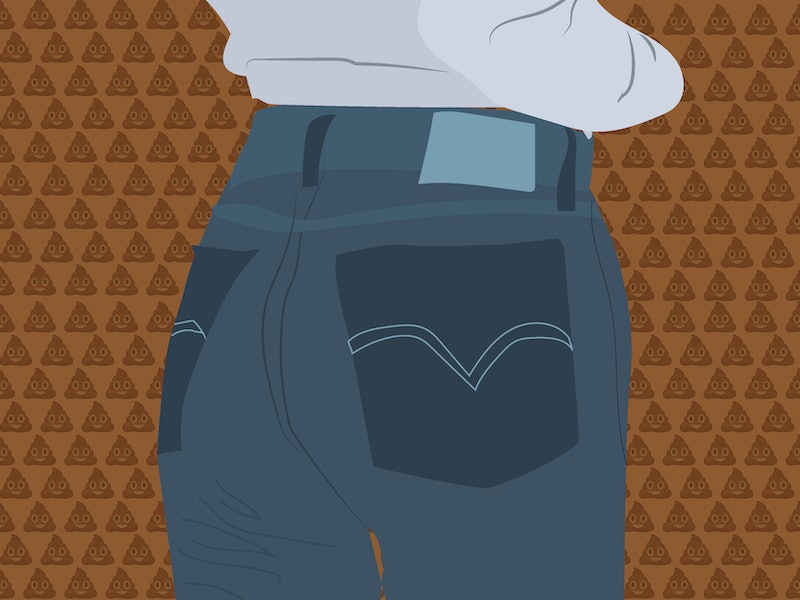 Everyone poops, in case you haven’t heard. Your nieces and nephews probably taught you that after reading Taro Gomi’s children’s book Everyone Poops , which took over the world by storm with its simple, yet hilarious message. Chances are, though, that, when you do pay a longer visit to the toilet, you don’t enjoy taking a peek inside after you’ve finished your business. Well, time to start looking, because your poop is always trying to tell you something about your health.

Bowel movements are the body’s natural way of excreting waste, so whatever is coming out of you is a reflection of what’s happening internally. Dr. Eric Esrailian, head in general gastroenterology at the David Geffen School of Medicine at UCLA, told WebMD that the frequency, size, shape, and especially color of your stool need to be monitored to ensure nothing is wrong. While there’s no “normal” standard of how often you have a BM, there is certainly an average, which is once or twice a day. If you’re going a lot more or less and you feel uncomfortable, you know what to do — pay a visit to your trusted physician and see what they can do for you.

As for the more unusual characteristics of your poop, you may not have enough information to know when it’s appropriate to worry. Look no further. If your BMs fall into any of the following categories, it might be time to be concerned — and talk to a doctor.

Poop is meant to be brown (yep, just like it looks in Everyone Poops), due to the bile in your liver that aids in the digestion process. If it’s exiting as a black mass, you could be bleeding internally, says Dr. Bernard Aserkoff of the Massachusetts General Hospital, and that’s correlated with an ulcer or even some sort of cancer. Other culprits include prescription medication and overconsumption of bismuth compounds, such as Pepto-Bismal. These aren’t as serious, but it’s still worth it to check in with a medical professional.

Dark stool also comes from constipation, and it will likely be accompanied by a horrible, tarry smell. Maybe you’re not getting the right nutrients that you need, leaving your body with little resources to do its proper job. Review your diet in the past few weeks, see what your patterns are, and commit to eating healthier. For your poop’s sake.

Good stool is solid stool. If you’re experiencing diarrhea more often than not, there could be a GI tract infection happening, pointing to a chronic disorder such as ulcerative colitis or Crohn’s disease. Liquidy poop usually comes along with a decline in energy and bloating in your abdomen. In traditional Chinese medicine, watery stool send the message that there is a spleen qi deficiency; weak digestion is recurring and it’s linked to stress and unhealthy diet.

The Specific Carbohydrate Diet has been known to clean the gut out and reduce diarrhea-like symptoms; stay away from gluten, grains, soy, and refined sugar. In short, just eat as much fresh, healthy food as you can get your hands on. Over time, the body will respond accordingly to what you’re putting into it. No matter what, don’t forget to drink lots of water.

No bowel movement is going to resemble the scent of freshly picked roses, but you’ll know when the smell is a dangerous one. Consistently cringing every time you shut the toilet seat might point to a number of health problems that should be addressed by a professional. Cystic fibrosis (CF) is a disease caused by a defective gene that results in thick, slimy mucus that can result in fatal lung infections and chronic digestive issues. You could show no other symptoms at all except what lands in the toilet bowl, so make sure you don’t ignore your poop.

Super smelly poop could also point to Celiac Disease, chronic pancreatitis, or a malabsorptive disorder. None of these warrant a panic; just don’t procrastinate going to the doctor’s office and seeing what’s happening in your tummy. In the meantime, increase your consumption of good bacteria, which will boost the immune system and aid in repairing the digestive tract. Fermented foods like sauerkraut and kombucha possess friendly probiotics and help flush you out.

Dr. Esrailian doesn’t sugarcoat this one; he says finding blood in the toilet bowl is “one of the most significant warning signs when it comes to bowel movements.” You might think nothing of it — that it’s just hemorrhoids or temporary constipation — but it could point to some sort of cancer, particularly if your family has a history of it. If your BMs are consistently bloody, there could be some damage in the GI tract, and that could potentially be the result of a chronic disease or infection that needs to be looked at.

More like this
The Case For Following A Menstrual Cycle Workout Plan
By Emma McGowan and Carolyn Steber
10 Primal Movement Exercises That'll Improve Your Mobility
By Carolyn Steber
Here’s What Health Means To People In 2023
By Isabella Biedenharn
How Many Burpees Should You Do Per Day? Here’s What Fitness Trainers Say
By Carolyn Steber
Get Even More From Bustle — Sign Up For The Newsletter
From hair trends to relationship advice, our daily newsletter has everything you need to sound like a person who’s on TikTok, even if you aren’t.