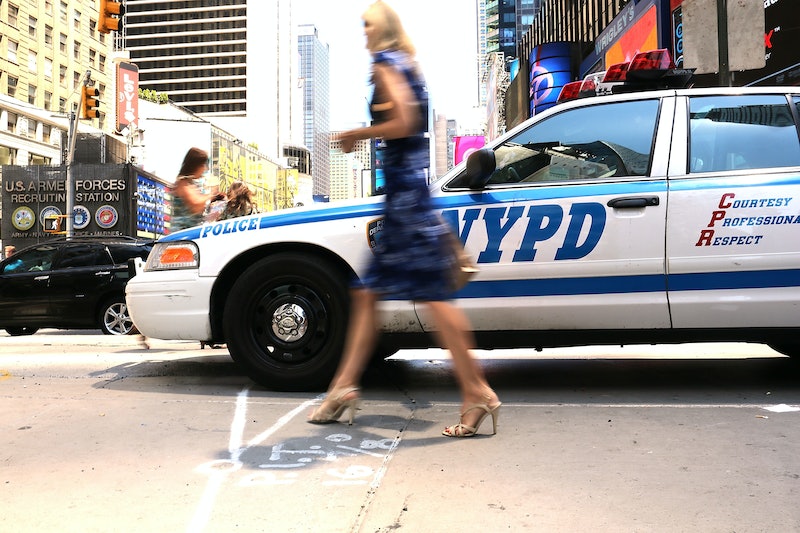 Early on Thursday morning, the New York City Council passed two bills that hope to change how the NYPD works—and rein in some of its power.

The first, Bill 1079—which creates an inspector general position that would essentially act as a watchdog over the Police Department—passed 40-11. Bill 1080, which would limit racial profiling, passed 34-17. Both pieces of legislation managed to get just the right amount of votes necessary to avoid a veto by Mayor Bloomberg.

The inspector general entity established by Bill 1079 “will not only look at what individual police officers do, but on the overall policies and practices of the Police Department,” says Council Speaker Christine Quinn.

While the entity would have subpoena power to recommend changes to the NYPD, it would not actually be able to force any alterations to the Department's practices or policies.

According to City Councilman Brad Lander, the aim of the profiling bill is to bring an end to “allegations of arrest quotas, of crime statistics downgrading, of ensuring that surveillance is based on leads, not on religion or ethnicity.”

He added that the two measures would end discrimination by police officers in black and Latino communities. Because it's that simple.

Mayor Bloomberg has been staunchly against these motions.

"These dangerous pieces of legislation will only hurt our police officers’ ability to protect New Yorkers," Bloomberg said.

The meeting began shortly before midnight on Wednesday and stretched into the early morning Thursday, with citizens voicing their support over Twitter.

Supporters of the bill have maintained that there needs to be a check on the police department, especially with regards to its intense surveillance of Muslims and the use of the "stop and frisk" tactic. The tactic has been used roughly 5 million times in the last decade—and over 80 percent of those stopped have been black or Hispanic. The policy leads to arrests less that 15 percent of time it is used.

Bloomberg has sworn he'll still try to veto the votes, and change the council members' minds.

And if the proposals do go through? Well, the Mayor won't have to see them because he leaves office this year.

More like this
What To Know About Martin Bashir After Watching 'The Crown'
By Bustle UK
Prince William Condemns “Unacceptable” Comments Made To A Black Guest At Buckingham Palace
By Shahed Ezaydi
The David Beckham Qatar Controversy, Explained
By Sophie McEvoy
This Luxe Cookware Is Beloved By Celebrity Chefs — And It’s Majorly Discounted For Black Friday
By BDG Commerce
Get Even More From Bustle — Sign Up For The Newsletter