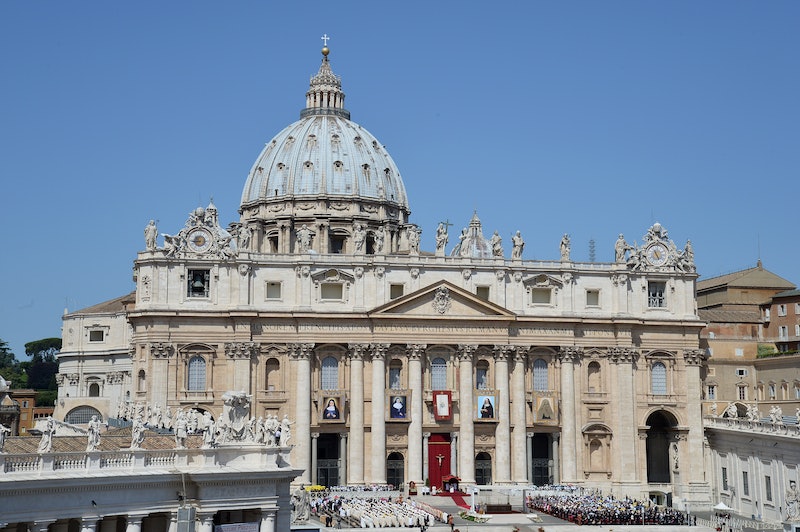 On Sunday, for the first time in the country's history, women in Saudi Arabia began registering to vote in the upcoming national elections, thanks to a 2011 royal decree. The Independent reported that Saudi Arabian officials described the new voting rights as a "significant milestone in progress towards a participation-based society." Amnesty International UK’s Karen Middleton told The Independent: "This long overdue move is welcome but it’s only a tiny fraction of what needs to be addressed over gender inequality in Saudi Arabia." Women in Saudi Arabia still face harsh oppression, such as not being allowed to drive, or how some rape victims are forced to marry their rapists. But allowing women to participate in elections is an important step toward gender equality.

Now that the Middle Eastern country updated its antiquated voting laws, there's only one country left in the world that doesn't let women vote: The Roman Catholic capital of the world, Vatican City. But voting in Vatican City is more complicated than in any other country, since only cardinals — the leaders of the Roman Catholic Church — are allowed to vote for a new Pope. This means that not even all men have the right to vote. And because women can't become cardinals, no women have the legal right to vote in Vatican City elections. The Vatican has always operated on old religious doctrine, but it's made progress in other areas recently. Pope Francis has a more accepting view of gay marriage, and called for climate change action in his last encyclical. So why can't similar progress be made for women's rights?

Pope Francis has publicly supported equal pay for men and women. In April, when speaking to a crowd in St. Peter’s Square, the Pope said: "Why is it expected that women must earn less than men? No! They have the same rights. The disparity is a pure scandal." But gender equality doesn't mean that women are equal to men in some areas of life, but not others. Vatican City being the only country in the world where women can't legally vote is also a "pure scandal." Women will never be equal in Vatican City until they can become cardinals in the Roman Catholic Church, and thus vote in elections. For once, the Vatican should follow Saudi Arabia's lead.