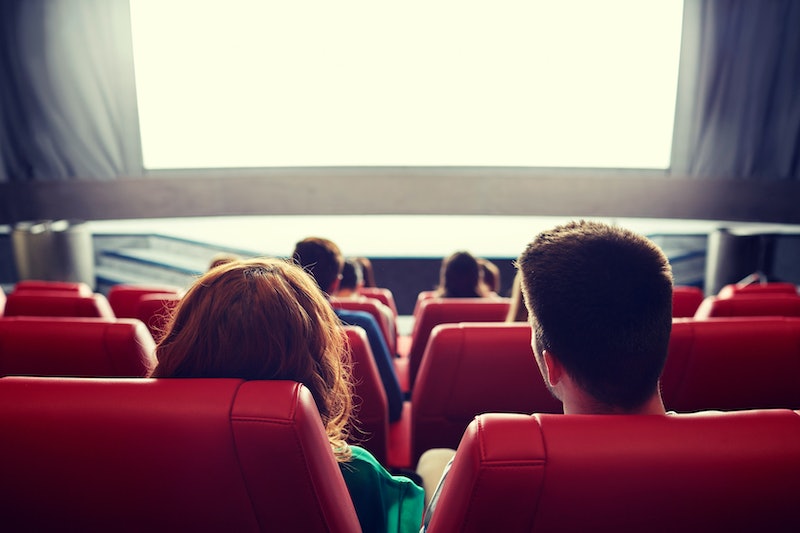 Going to the movie theater is about to become a bit like going to the airport, as Regal Cinemas has begun checking theater goers' bags. According to Regal Cinemas, which is the largest theater chain in the United States, the added security measure is a result of safety concerns, following several theater attacks earlier this summer. But while the added effort might be for the benefit of movie fans, many aren't happy.

Some Regal patrons reported having bags checked in Texas, Virginia, Florida, and Ohio at the beginning of August, according to Mashable. The timing coincides with a spate of theater attacks, starting on July 25 in Lafayette, Louisiana, when two were killed during a viewing of Trainwreck. Less than two weeks later, a theater in Antioch, Tennessee, was attacked by an assailant carrying a hatchet and a fake gun.

Though it's unclear if the bag searches are here to stay, Regal Cinemas did release an apology statement on their website for the new measures.

Security issues have become a daily part of our lives in America. Regal Entertainment Group wants our customers and staff to feel comfortable and safe when visiting or working in our theatres. To ensure the safety of our guests and employees, backpacks and bags of any kind are subject to inspection prior to admission. We acknowledge that this procedure can cause some inconvenience and that it is not without flaws, but hope these are minor in comparison to increased safety.

Much of the backlash against the decision comes from people's unwillingness to have their bags searched before trying to enjoy a movie. Not to mention that the standard theater employees are the ones doing the searching, instead of security guards or professionals. And, unless the search protocol decides to fully emulate the TSA, those wishing to get around bag searches could hide weapons on their bodies, instead of in bags.

But these measures, while possibly unwanted, aren't dissimilar to security efforts implemented by other public venues such as concerts, museums, or theme parks. "I don’t think anyone is going to stay away from a movie theater because of increased security measures," Paul Dergarabedian, an entertainment research analyst told USA Today. "If anything, they’re going to appreciate it."

Despite public outcry, the largest impact this may have on movie goers is that it will keep them from sneaking Chipotle into theaters. It is unlikely to turn into full body searches, as some have speculated, and may not be a permanent measure.