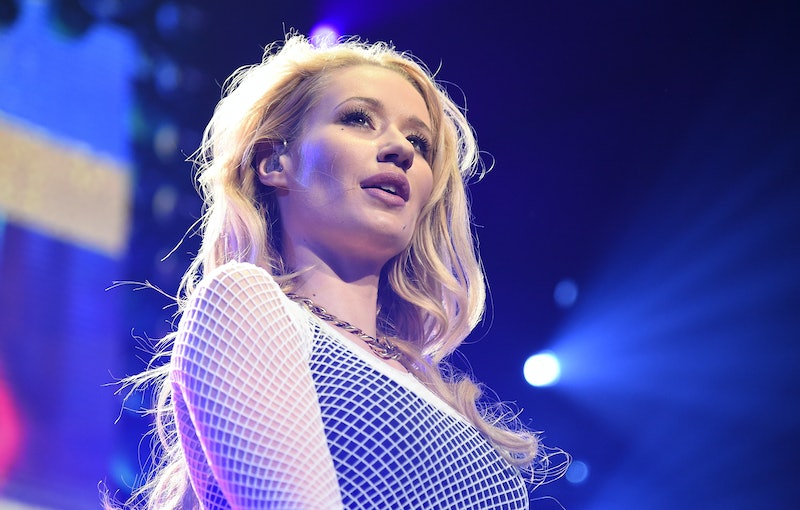 In Hollywood, the name of the game is changing your name. Identity is important to everyone but crucial to celebrities, because your job is YOU! Many celebrities have adopted stage names to make them more appealing and more consumable, but sometimes the way these famouses get their stage names is just bizarre. Many originate from childhood nicknames or were strategically chosen by management, but not all paths are the same. Some celebs came about the stage names in pretty shocking ways.

There are so many celebrities who have changed their names who you might not know about. Did you know that Michael Keaton was once, also, a Michael Douglas? Or that Miley Cyrus was born with a stranger name than the one she chose to launch her career with, Destiny Hope? There's hope in a new name, an optimism that, with this name change, your career could take off.

But what's in a name, anyway? Actually, a lot. It's not only the name for a famous person, it's also the name of their brand. Would we feel the same way about Whoopi Goldberg if we knew her as Caryn? Here are some of the weird ways that celebrities have gotten their stage names.

Iggy Azalea was born Amethyst Amelia Kelly and she got her stage name the way a lot of Internet quizzes you put in your AIM profile back in the day told you to get yours. "Iggy" was the name of her childhood dog (who was in turn named for Iggy Pop) and she got the last name Azalea from the name of the street she used to live on. Maybe she uses a similar process to come up with her raps too.

If you think Whoopi's name is silly, it might be because she got it from a goofy source: the whoopee cushion. It seems so obvious now. Goldberg, who was born Caryn Johnson in 1955, got her name as a nickname from her friends because, apparently, she wasn't afraid to fart a lot. "If you get a little gassy, you've got to let it go. So people used to say to me, 'You're like a whoopee cushion,'" Goldberg told New York Times Magazine . And according to Time, her surname came about because her mother thought a Jewish-sounding name would get her further in Hollywood.

Nic Cage: the man, the myth, the legend. But the man we know as Nicolas Cage was born a Coppola, and he actually changed his famous last name out of fear people would resent him because his uncle was the famous Francis Ford Coppola. That's a lot to give up. He chose "Cage" in honor of his favorite comic book character, the obscure Luke Cage.

Alice Cooper — though mostly known now for his terrifying haunted houses and his shock-rock themed restaurant in Phoenix, Arizona — is one of the most legendary heavy metal rockers of all time. And the way he got his name is SO the essence of Alice Cooper, I wouldn't have it any other way. Born Vincent Damon Furnier, he got his stage name from contact with a spirit through a Ouija board (or so the legend goes).

I love LL, but the story behind how he got his stage name is totally dorky. Born James Todd Smith, he took on the name "Ladies Love Cool James" as a nickname from her friends, which they hoped would increase their stock with women. "I promise you, it was completely wishful thinking. I was a little kid just hoping," he told Katie Couric. Awwww.

Lana Del Rey's name was chosen by her management, which is normal enough, but the weird part is, she had already tried to start a career with her real name Elizabeth Grant years before she blew up on the Internet with her homemade music video for "Video Games" in 2011. She also tried on some other stage names for size, like Sparkle Jump Rope Queen, which I think she is totally remiss for not using.

The story of Bruno Mars' name comes from a super-cute story from his youth. The 29-year-old singer was born Peter Gene Hernandez. He told Rap Up, "Bruno is after Bruno Sammartino, who was this big, fat wrestler. I was this chunky little baby, so my dad used to call me that as a nickname. Mars came up because a lot of girls say I’m out of this world!" There's nothing I want to do more right now than to pinch Bruno's cheeks.

If you're looking for a celebrity stage name, the lesson is look to an odd place, because it will make for the best story.

More like this
Photos Of The 'Elvis' Cast vs. Their IRL Counterparts Will Have You All Shook Up
By Grace Wehniainen
'Stranger Things' Star Joe Keery Ditches The Upside-Down With New Single "Change"
By Radhika Menon
Zooey Deschanel Can't Be Anyone But Herself
By Samantha Leach
Sadie Sink Would Escape Vecna From 'Stranger Things' With This Taylor Swift Song
By Grace Wehniainen
Get Even More From Bustle — Sign Up For The Newsletter