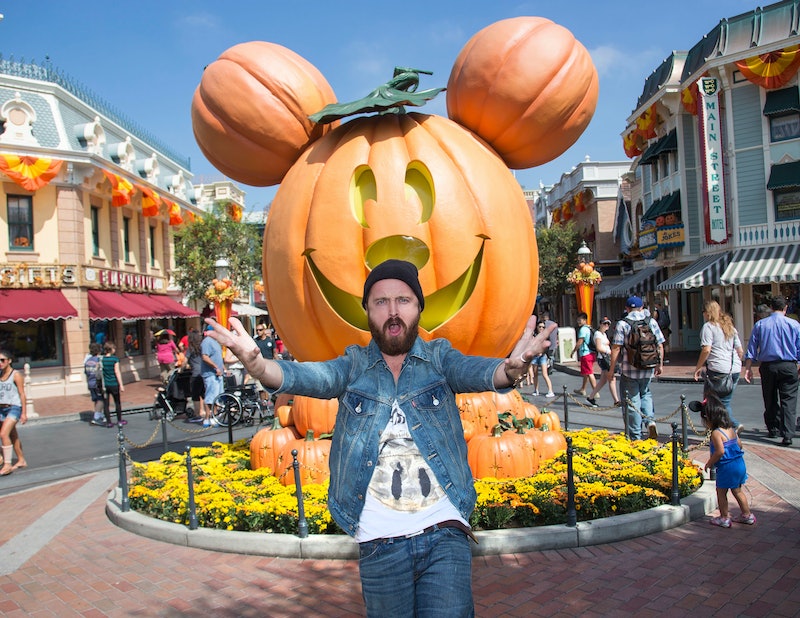 Well the cast for this new animated series sounds downright amazing. Take alums from Breaking Bad, Arrested Development, and Strangers With Candy and what do you get? Perfection. Aaron Paul, Will Arnett, and Amy Sedaris are all key voices in a new Netlix animated series. BoJack Horseman is the name of the series, and it is not for children. The title character will be voiced by Will Arnett, and as Rolling Stone's Ryan Reed said in his coverage of it, "Nothing says 'comedy gold' like a washed-up, humanoid horse actor with a drinking problem." Amen to that.

The show is yet another step in Netflix's quest to prove that anything regular television can do it can do too, and sometimes better — they also recently added an original documentary on Mitt Romney to the slate.

BoJack Horseman is set to premiere around the midway point of 2014, and you can expect stables full of horse wordplay along the way. Paul will once again play the human sidekick, this time not to a meth druglord but to a horse. His name will be Todd, though hopefully he will not warrant the nickname Psycho Todd.

Amy Sedaris will be playing what Variety describes as BoJack's "feline agent and ex-lover Princess Caroline." Seeing as there should always be more Amy Sedaris in the world, we can't wait to see where this show goes.

Considering the market for adult animated series is often vaguely inebriated people between the ages of 15 and 30 — AKA the kind of people who are paying for cable less and less once they move out of their parents' places — we're kind of thinking Netflix has every opportunity to nail this one.

More like this
Oops! The 'Stranger Things' Monopoly Game Has Spoilers For Season 4
By Alyssa Lapid
'Who Killed Sara?' Won’t Return For Season 4
By Brad Witter
20 Photos From The 'Stranger Things' Season 4 Premiere To Make You Feel Old
By Alyssa Lapid
'Derry Girls' Creator Teases Exciting Spin-Off Starring These Three Characters
By Olivia-Anne Cleary
Get Even More From Bustle — Sign Up For The Newsletter