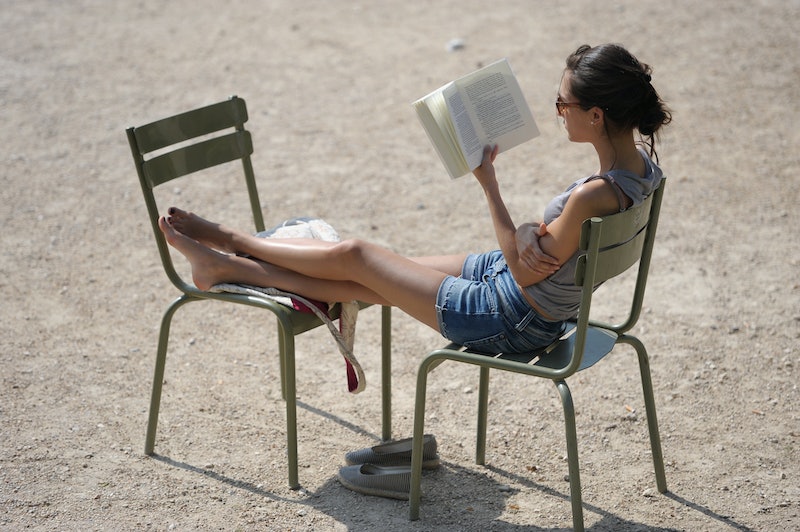 Many feminists I know have a story about the moment they first realized they held strong feminist values. Maybe it's the moment they learned about the prevalence of sexism and misogyny. It could be that she or he was raised with parents who installed feminist values in her, and integrated gender equality into everyday life at home. Or maybe it's that at some point in high school, it became glaringly clear that women are treated differently than men, and in ways that are not respectful or fair. Regardless of how we come to a place where we're proud to call ourselves feminists, once that switch has been flipped in our minds, it's impossible not to notice certain elements of our culture which tell us that women aren't as good as men.

But the great part about noticing these things more clearly is that with a feminist lens, we're equipped to do something about it. So what are some of the things that a feminist perspective opens our eyes to? The long and short of it is that a feminist lens on life will call our attention to the ways that women are systematically oppressed, and ways that feminist issues impact broader society, as well as our own individual lives.

This list is not exhaustive, of course, but it names some of the big-ticket items feminists are sure to take note of after adopting a girl-power worldview.

Microaggressions are offhand or flippant comments that reveal a prejudice on the part of the speaker. While these comments are usually small and might fly under the radar, they can really wear down on the recipient over time. Sexist microaggressions will sound like "You're smart for a woman!" or "You're not like other girls I know." Such remarks almost sound like compliments, but in reality, they belittle both the individual woman the comment is targeting and women as a group. As feminists, we can spot these from a mile away.

Sometimes, when a woman gets upset about a particular microaggression and expresses that the comment is inappropriate and not appreciated, she'll be accused of making a big deal about nothing. But this is where the "death by a thousand cuts" comes from. Anyone who is not a feminist may not realize how often women hear these sort of insulting comments, which build up over a lifetime. But feminists will understand that no matter how "small" these comments may seem, anything that belittles and demeans women is hurtful — especially when you hear so many of these types of remarks on a regular basis.

Not only are there myriad examples of boys' and girls' items being marketed as somehow inherently different from one another, but other products made for women are often sold to us in a way that talks down to us and reinforces very tired sexist tropes. Feminists have been asking for better treatment from product-makers and advertisers for decades. Recently, we've seen pushback against the entire concept of the "beach body" and "pre-pregnancy bodies," with a massive body-positivity movement coming out of feminist critiques of advertising.

The Bechdel Test is an idea popularized by feminist writer and illustrator Alison Bechdel in her iconic comic Dykes to Watch Out For. Originally conceived of as something of a joke, the Bechdel Test calls attention to the one-dimensional way women are often portrayed in movies. When watching a film, note whether two named women have a conversation about something other than a man.

Think about Parks and Recreation. Leslie Knope is a hilarious character who loves her job and her best friend. And then she dates Ben. Count how many times she converses with her lady friends about something other than Ben after their relationship takes off. It renders the show almost unwatchable, because all you notice is how much she suddenly cares about her boyfriend over anything else. Argh! Also, try thinking about the Bechdel Test when watching shows like Sex and the City. Your brain will melt.

While the Bechdel Test doesn't encompass anything and everything that might be sexist in film, it certainly has the ability to quickly point out the tropes in pop culture that have been driving feminists nuts for decades.

Dudes Taking Up Too Much Space

This might be something people notice both before and after they become feminists. Certainly, once someone has a heightened sense of ways that men exercise privilege in subtle and also quite obvious ways, it's really easy to spot just how much space men feel entitled to in public places. These obnoxious and likely oblivious demonstrations of male privilege are especially prominent in urban areas, where everyone jams into subways and buses throughout the day. You can spot men sitting basically spread-eagle across multiple seats, while women are sitting shoulder-to-shoulder, with their legs crossed and feet tucked in. While this practice is annoying regardless of a person's worldview, once the feminist switch in your head is flipped, manspreading can be easily identified as one of the many little ways women get shoved to the side.

More like this
The Families Of Grenfell Tower Are Still Waiting For Justice, Five Years On
By Bustle UK
Viola Davis Opened Up About How Hard It Is To Portray Michelle Obama
By Grace Wehniainen
16 Novels That Paint A Realistic Portrait Of Abortion
By K.W. Colyard
Adele’s All-Female Lineup Includes Kacey Musgraves, Mahalia, & Self Esteem
By Shahed Ezaydi
Get Even More From Bustle — Sign Up For The Newsletter