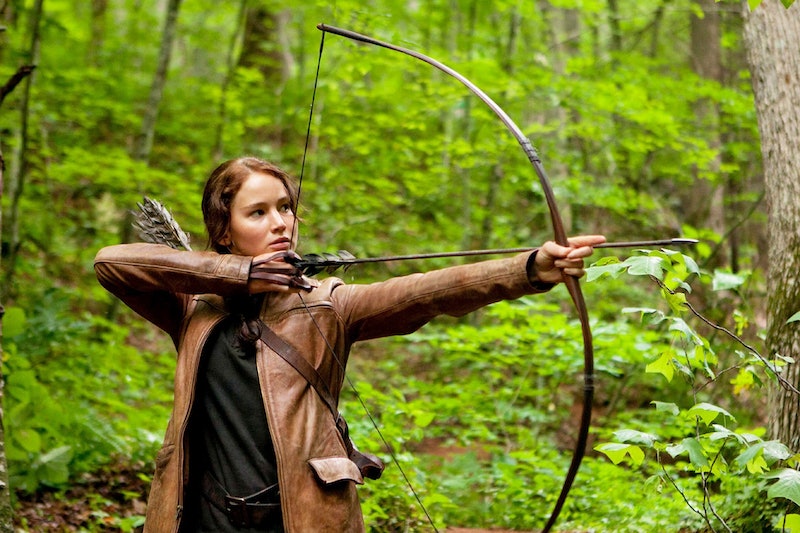 Gender equality in Hollywood — both in front of and behind the camera — is in a sorry, sorry state. According to the recent USC Annenberg study, in the big films between 2007 and 2012, only approximately 30 percent of speaking roles were women. In the production sphere, of the films produced during that decade, only 15.8 percent of writers, directors, and producers were women. While Hollywood was always unequal, the gap was not always this drastic. In the past 40 years, there have been hugely successful franchises that have been led by women.

Hollywood needs to do better; the "conventional wisdom" is that men are incapable of empathizing, or are not interested in seeing films, with female leads. That excuse for producing exclusively male-fronted films is proven wrong almost every time a studio produces an undeniably excellent, well-written film that just happens to have a female protagonist. Hollywood's reluctance to put women in charge only perpetuates that cycle of only male-dominated films, because the fact of the matter is that people want women's stories. In addition, franchises are the bread and butter of the film industry today. You know, what good is a movie if it's not conducive to multiple spinoffs?

Here are movies that have proven that women can lead franchises just as well as their male counterparts.

1. The Girl With the Dragon Tattoo (Swedish Trilogy)

Critics say that it was Noomi Rapace's gripping performance that makes the films what they are. Salander is one of the most talked-about heroines in both recent film and recent literature, and the franchise has been called a "pro-woman opus."

This franchise is the first one that comes to mind in this day and age. Continuing to break box office records, and starring the highest-paid actress in Hollywood, The Hunger Games is the present and gives me hope for the future.

The only non-action film on the list, this female-directed, female-led adaptation of Pride and Prejudice was a box office and critical sensation. Renee Zellweger was nominated for an Oscar for her performance, and is lauded for showing that a woman doesn't need to chose between love and having a career.

Sigourney Weaver starred in a trilogy that was the vision of Ridley Scott and directed by James Cameron. In 1979, Weaver was among one of the first kickass heroines who took on extraterrestrial creatures and the patriarchy itself.

Based on a video game, Resident Evil stars Milla Jovovich fighting the corporation that was responsible for the zombie apocalypse. In five films between 2002 and 2012, Jovovich was kicking ass and taking names, and showing gamer guys that girls can rock, too.

7. The Before Sunrise Trilogy

Julie Delpy shares top billing along with Ethan Hawke, so it's more of female co-lead, but there's no doubting its feminist bonafides. Delpy co-wrote the screenplay along with Hawke and visionary director Richard Linklater, and includes autobiographical elements and frank discussions about finding meaning and mens' expectations of women.

These are just a few movies to tide you over as we advocate for more female-fronted franchises in the present day, but their impact will continue to be felt going into a hopefully bright future.

More like this
5 Wild Theories About Miley Cyrus’ “Flowers” Music Video
By Jake Viswanath
Twitter Is Identifying With Sally Field & Jane Fonda’s Friendship In New Viral Video
By Jake Viswanath
Owen Thiele Asked Sundance Attendees About Films That Don’t Exist
By Grace Wehniainen
Jennifer Coolidge Hunted For Jewels & Lashes In J.Lo’s Hotel Room
By Jake Viswanath
Get Even More From Bustle — Sign Up For The Newsletter
From hair trends to relationship advice, our daily newsletter has everything you need to sound like a person who’s on TikTok, even if you aren’t.