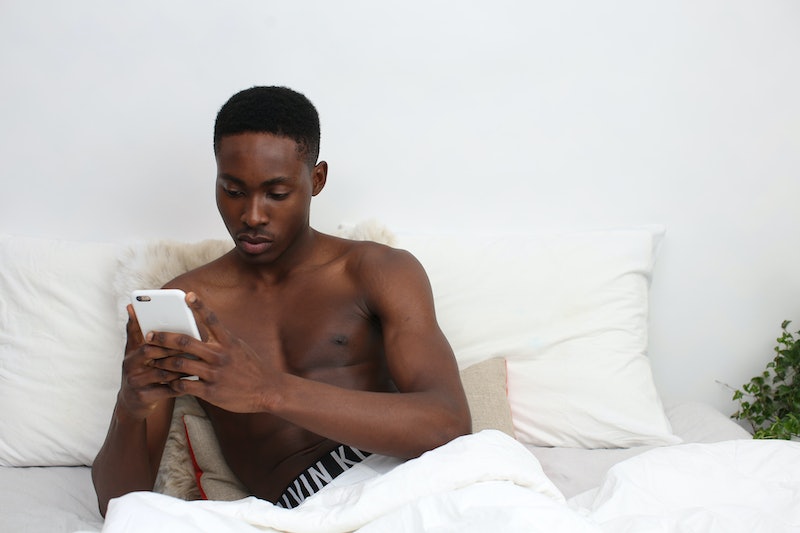 Over a six week period, *Kyle and I had gone on several dates and spent the night at each other's house countless times. Our conversations were brimming with enthusiasm and warmth, especially through technology, where he would blow up my phone with texts and calls. I felt we had a genuine connection, and I was positive that we were headed for a serious relationship.

During our break from school, Kyle returned home to visit his family. Suddenly, the texts started to slowly trickle in. My call log was no longer filled with his name. His communication with me was short and emotionless. I found myself going crazy, wondering what he was doing and what I had done wrong. I reasoned that he was either really busy or he had found someone else. Or maybe he had gotten scared away. Either way, I missed him and wanted him back in my life. I felt devastated that I had lost someone so special to me, and my mind was running wild with every possibility of what could've happened.

After much prodding, Kyle admitted to me that during break, he had started discussing our relationship with his family. They did not approve, as they were adamant that I was too young for him and I was only going to distract him from school and his future career. I felt relieved to find out that his ghosting was entirely related to his own issues, and not mine. But I admittedly felt a sense of anger that he had not simply been open with me and tried to discuss his feeling with me.

"There’s a social disconnect in relationships that didn’t exist before technology became so instrumental in dating," New York based relationship expert and author April Masini tells Bustle. "People met in person and dated in person and when they broke up, they ran into each other and each other’s families and friends. Today, because of the dating trifecta of distance, technology, and relationships, [it's possible] to not ever run into an ex. This robs us all of the opportunity to develop and practice communication skills necessary for awkward situations."

Having experienced a ghosting, I know some of the signs, but I'm still not totally sure why people do it instead of just being honest. I spoke with men to find out why — and how— they do it.

Why Do They Do it?

"I ghost if I think things are getting too serious or she wants commitment. I don't want to lead her on or hurt her feelings by just outright telling her how I'm feeling."

"I ghost if I can tell she's getting way too into me."

"Sometimes I ghost if I feel like I'm starting to like her too much. I'm not in a place right now where I want a relationship so I need to detach."

"It's like cutting the chord before things get too serious and I get too attached."

"Ghosting feels like the least painful way to indicate to her that I'm not into it."

How Do They Do it?

"I'll take a long time responding to her texts."

"If I'm about to ghost, I'll start getting really abrupt and short with my text messages."

"I'll continue to be polite over text, but I'll clearly put up a wall between us so she can feel the distance."

"I'll make up excuses whenever she wants to hang out. "