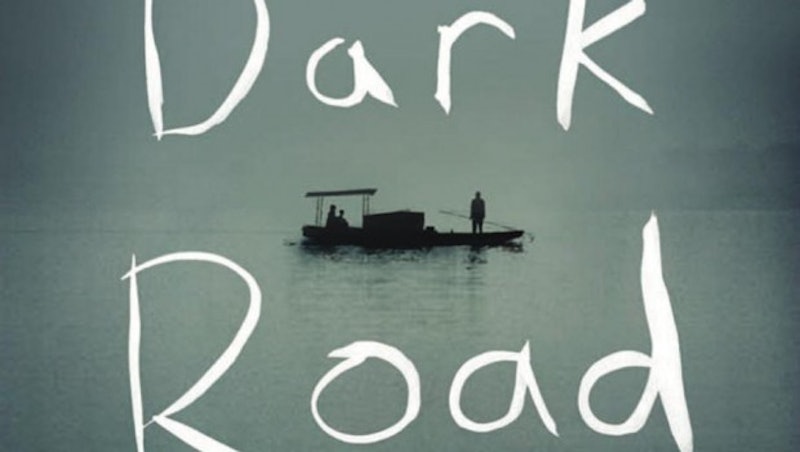 Excuse me while I leave my sugarcoating at home: The Dark Road is arguably one of the most painfully gritty and the important books of the year, diving head on into the harsh details of China's one child policy.

The novel, which is banned in China, follows a family on the run from the Chinese government and their oppressive regulations. As a descendent of Confucius, Kongzi felt the need to carry on the family line with a son. After his first child is a girl, his wife, Melili, becomes pregnant again without state permission. Their village becomes flooded with family planning officials performing gruesome forced abortions and sterilizations, and in an attempt to save their daughter and child on the way, the family flees the village and sets out on a small houseboat down the Yangtze River.

Though a fictional account, Jian's novel is an authentic representation of the cruel realities of China's barbaric one child policy. (For a brief history of China’s policy, and a bit of hope that the situation is ever-so-slightly improving, check out this article in TIME.) Jian conducted extensive first-person research prior to writing The Dark Road, which included journeys down river barges with couples seeking refuge from family planning officials, conversations with abortion doctors, and observations of gangs performing illegal sales of babies. Jian spoke about his experiences preparing for the novel in an article with The Guardian. (Since the book is inextricably linked with real life experiences, the article does contain some spoilers.)

The novel is a reminder that beyond being a humanitarian issue, the one child policy is a significant feminist issue, and one to which Western countries (at the very least) need to work to raise awareness. The cruelties of the often-crippling forced abortions and sterilizations primarily have a direct effect on women. Additionally, if allowed only one child, most men will show a strong preference towards having a son to carry on the family name, as Kongzi did in The Dark Road. Females are much more likely to be aborted or abandoned. In spite of this, The Dark Road showcased the resilience and strength of women. Early in the novel, Meili realizes: "Kongzi's only aim in life was to impregnate her again and again until she produced a son, she feared that her road to happiness would be blocked for ever. But now she is confident that as long as she pursues goals of her own, however unachievable they may be, a happy life will be possible." The notion is powerful coming from a woman with virtually no rights independent of her husband.

A beacon through even the most emotionally wrought parts of the novel is Jian’s beautiful use of language, which contrasts with the tragic and unjust subject manner:

"If a panda gets pregnant, the entire nation celebrates. But if a woman gets pregnant she's treated like a criminal. What kind of country is this?"

“A few women killed themselves by jumping into a well, and one or two hanged themselves from trees, but most women committed suicide by drinking pesticides.”

"Casting a backward glance over the boat's gurgling wake, he sees Heaven reflected in the green waters of Womb Lake, shimmering like a city of carved jade that appears more exquisite and unearthly the further it recedes."

Ultimately, Ma Jian taps into humanity’s power to endure the most unmentionable brutalities through the completion of the novel. After the endless and often exhausting descriptions of cruelties and hardships, the slight sliver of hope offered in the final scene, although far from a happy ending, is much needed.