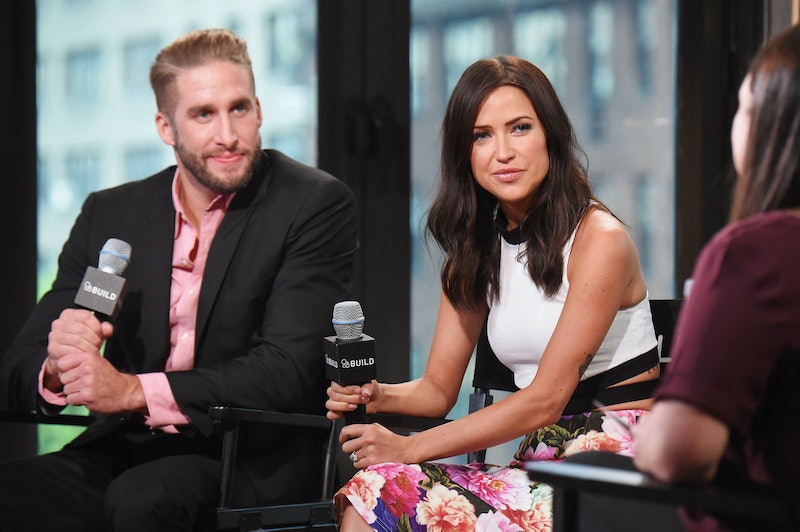 It’s only a matter of time with these Bachelor and Bachelorette couples. No matter how much I want to believe in their ability to make it work, no matter how much I believe in their body language and their adorable PDA and all of the public appearances they make post-final rose, there is always, eventually, a crack in their perfect surface. Eventually something happens—a rumor, a holiday spent apart, a paparazzi catching them without their rings—and the façade of their perfect coupledom starts to fade. So when I started hearing murmurings of things starting to head south for Kaitlyn Bristowe and Shawn Booth, I wasn’t totally surprised. Bummed? Sure. Sad? Of course. But surprised? Not at all.

Because as much I want to believe that it is possible to find love in a hopeless place—thank you, Rihanna—given the statistics of the Bachelor/Bachelorette couples who came before them, it’s pretty unlikely that Kaitlyn Bristowe and Shawn Booth will make it last. Couple those cold, hard Bachelorette statistics with the following troubling signs that have been cropping up around the interwebs, and it all very well could equal trouble in paradise for the adorable couple.

1. All Of That Jealousy

I still can’t shake what happened on this season of The Bachelorette. All of that posturing from Shawn and that super crazy jealousy he showed while Kaitlyn dated other men (i.e. the premise of the show) still make me worried that this will cause trouble for them in the long run. Trust is everything in a relationship, especially for such a public one.

2. It Took A Lot Of Tequila To Get Her To Say Yes To A Dress

On a recent episode of Jimmy Kimmel Live, Kaitlyn tried on wedding dresses with the hilarious host. But according to her Instagram, it took a lot of persuading to get her to say yes to a dress. The liquid kind. Is the fact that it took her getting drunk to decide on a dress a sign that Kaitlyn might not be feeling 100% into this relationship?

3. All Of That Promotional Stuff

One look at Kaitlyn’s Instagram feed, and it’s clear that she’s been milking her newfound fame for all sorts of sponsored goods. It makes me worried that maybe her motivations behind being The Bachelorette weren’t entirely romantic.

Both Kaitlyn and Shawn posted pictures of themselves in bed, hungover and needing a little help from the coffee gods. Sure, going out and having fun is a great way to bond with a new guy, but is it the best way to build a lasting relationship?

Kaitlyn tweeted recently that she misses Shawn when he goes to the bathroom. Um, seriously? I don’t know about you, but I think it’s super important for couples to spend time apart, without each other. If they’re not doing that now, what are they going to do when they to do normal things, like go to work? It's not all GMA appearances forever, kids.

6. They Can Look Kind Of Miserable When The Cameras Are Off

During their GMA appearance the two looked zoned out and disconnected when the cameras weren't rolling. This is the opposite of how they appear whenever the cameras are on. It makes you wonder: Are they just doing this to keep up appearances?

7. There Are Already Cheating Rumors

Sorry, Shawn fans. There is already a rumor going around that the Connecticut native was texting his ex-girlfriend before the finale. Whether or not it’s true, cheating rumors in the tabloids can often be followed by cheating confessions. Here's hoping that doesn't happen for the new couple.

Of course, signs of trouble do not always signal real relationship issues. When it comes to the tabloids especially, where there’s smoke, there isn’t always a fire. So maybe these signs that Kaitlyn and Shawn are maybe not as perfect for each other as they once seemed aren’t such bad things. Maybe they just prove that they’re a normal couple. A couple who sometimes has bad days and makes bad decisions. You know, like the rest of us.