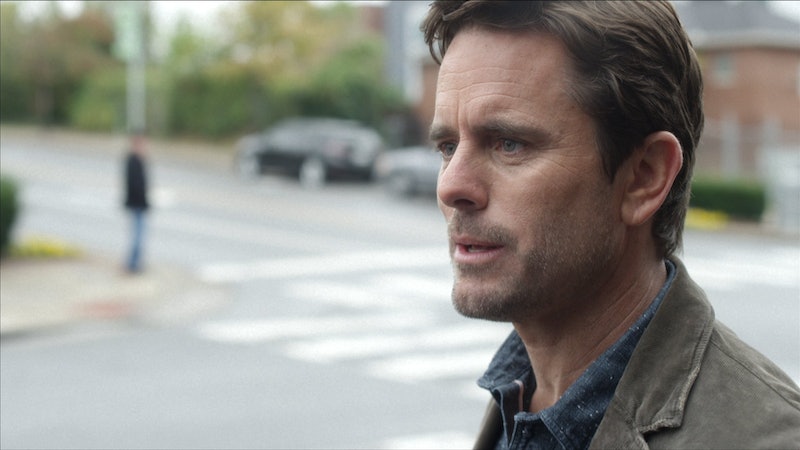 One criticism I’ve leveled against Nashville in the past is its scattershot dramatic geography. One character’s here, another one’s there, maybe none of them are even in Nashville — to the point that everyone is not just figuratively but literally in their own world, with no chance to connect or impact each others’ stories in any meaningful way. But Nashville works far better when all its characters are operating in one place, each impacted by the same circumstances. That’s when you truly get to see who these people are, and the role they each play in the story of Nashville’s music scene.

So it was definitely refreshing that tonight’s “Music City Musical Festival” (Great name, Mayor Conrad!) brought together everyone under one roof. Now, the event itself — who cares. There’s a music festival every week on this show, or at least a tour date of some kind for a few of the cast members. I couldn’t tell you exactly what MCMF was meant to uniquely celebrate. But again, characters together = good potential for conflict. And there was, to the point of death! I think!

I mean we hope, anyway. Nothing against the woman playing her (Kimberly Williams-Paisley), but her storyline ran out of gas… maybe midway through Season 1? Whatever conflict the show has tried to introduce with her — miscarriage lying, “you’re not my mother!” drama with the girls — just hasn’t stuck. And so you reach a point where you just say “that didn’t work” and have a random assassin, one meant for Mayor Conrad, shoot her down. Upon reflection, “random assassin” seems like the only appropriate way to dispatch with a character like Peggy.

Recently, the show has not done a great job servicing its leading lady, by which I mean remembering the fact that Connie Britton is its headline star and should, by custom, be receiving the most amount of stage time. They even put her in a hat last week, covering her angelic hair. It was disgusting. This week, Rayna’s job was just to look/be lonely around the music festival — first, as she watched her family on stage with Peggy; later, as Deacon ignored her to go call his girlfriend. Sure she’s got this annoying hunk cowboy she’s shacking up with, and she managed to buy out her album from that snake record exec, Jeff. But by and large, Rayna is just NOT having the fun she could.

I am shipping Juliette and Avery so hard

Was anyone else surprised by how quickly Juliette’s admission of love arrived? After building the Juliette-Avery relationship for the first half of the season, and then teasing with a hand-holding moment 3/4 of the way through the episode, it still felt like we’d be waiting until at least February sweeps for any sort of move to be made on this front. But, emboldened by Charlie’s graceful and honest exit from her life, Juliette decided the time was NOW to just let all her feelings out. Which would have gone swimmingly, had Scarlett not been there too. Poor Scarlett! Nothing is going right for you (except your career!) these days.

Could Will be dead, too?

Unlikely, considering you don’t kill TWO characters in the span of one episode. But Will finds himself in a deeply conflicted place — in a fake relationship with Layla, pining for his old recording assistant love. So when the two of them finally hook up, and Will realizes either a) that they can never truly have something real or b) he’s put his career in jeopardy, or both…he heads for the train tracks and maybe or maybe not walks in front of an oncoming train. We’ll have to wait until Jan. 15th to find out what happened. (But come on — he’s fine.)

Deacon is shut out of the Music City Musical Festival...

…Until he sets up his own stage outside the festival limits and, even with Teddy all over him, plays a perfectly lovely set. I love Deacon, but they’re giving us nothing from him lately. Dig into the emotional struggle he’s facing with his hand! The frustration of having been a sideline player all his life! Something! Just like Charles Esten is TOO GOOD and TOO HANDSOME to be given scraps like these.

More like this
Jesse Williams Is “Not Down” Despite Leaked Images Of His Broadway Nude Scene
By Brad Witter
Selena Gomez Confirmed Her Relationship Status On 'SNL'
By Grace Wehniainen
'SNL' Referenced Jesse Williams' Broadway Leak In A Chaotic Theater Sketch
By Grace Wehniainen
The Time Traveler’s Wife Book Has A Heartbreaking Ending
By K.W. Colyard
Get Even More From Bustle — Sign Up For The Newsletter