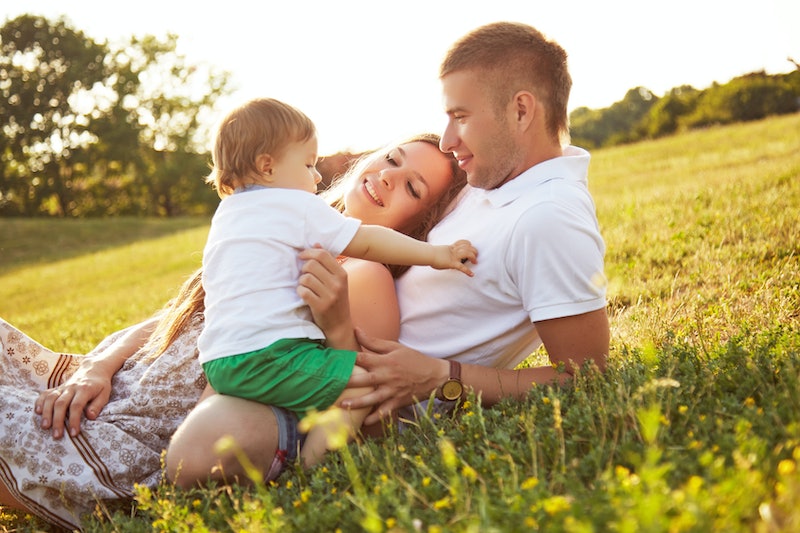 The arrival of a new child raises many questions for any couple, not least of which is how the new addition will affect things between the sheets. A promising new study provides reason to believe that sharing child care means a better sex life for couples than if one partner shoulders most of the burden alone. But it's not quite clear whether these results are totally obvious, or surprising, because nothing is straightforward when it comes to sex.

The worst sexual satisfaction was found in couples where the woman did most or all of the child care (greater than 60 percent). Couples in which the father did most of the child care featured the highest level of sexual satisfaction for women, but the lowest for men. Perhaps women who are not exhausted can focus some time and energy back on sex, but men feel emasculated by child care in a way that women don't when they're the primary caregivers, so this doesn't end up providing a net plus for the relationship. Couples who shared their parenting had a higher level of relationship quality, sex frequency, and sexual satisfaction (and it seems fair, to boot).

Personally, I suspect that it's high-investment parenting sapping parents' libidos these days, not just child care per se. Privileged America has moved towards a model of marriage where children are at the center of the union, but this isn't all good, because worrying about everything your kid eats, every grade she brings home, and so on can be deeply exhausting. It's easy to see how couples in which one parent takes ownership of the "parenting" (i.e. worrying) would become emotionally and sexually distant from each other. But there's another way, other than just duplicating the worrying efforts. Instead, you can — and should — enjoy your kids as just one part of a full and happy marriage, which also likely includes plenty sex.

More like this
Help! My Partner Only Wants Sex Late At Night & Won’t Compromise
By Sophia Benoit
Ask A Sex Therapist: Is My Sex Fantasy Normal?
By Madison Malone Kircher
The Most Compatible Life Path Numbers, According To Numerologists
By Kristine Fellizar
The 3 Most Compatible Matches For Life Path 1s
By Kristine Fellizar
Get Even More From Bustle — Sign Up For The Newsletter