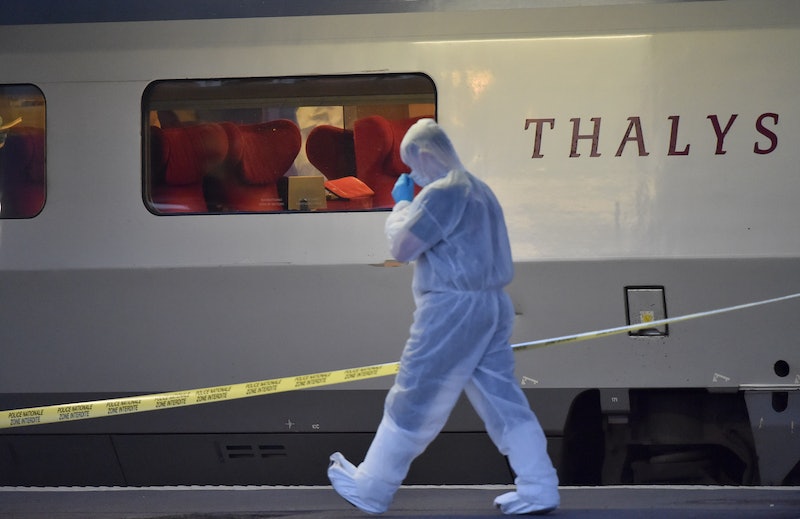 French anti-terrorism police have arrested Ayoub El-Khazzani as the main suspect in the attack on a Thalys train traveling from Amsterdam to Paris, according to BBC News. But who is the France train shooting suspect? His DNA was already on file with the Spanish authorities because he was linked to investigations into radical Islamist groups, according to CNN. El-Khazzani is a Moroccan in his mid-20s who allegedly boarded the train with a Kalashnikov assault weapon with nine magazines of ammunition, a Luger automatic pistol with extra ammo, and a box cutter, according to CNN.

The suspect emerged from one of the on-board bathrooms with the assault weapon slung across his body. A passenger who saw him attempted to overpower him, and he opened fire, injuring a French-American passenger, according to CNN. Then, when the suspect ran into the next rain car, he was overpowered and subdued by three Americans, two of whom are off-duty members of the U.S. military. The Americans are being hailed as heroes while authorities continue to investigate El-Khazzani's background and potential motivations for the attack.

A Spanish anti-terrorist source told AFP news agency that El-Khazzani is originally from northern Morocco, but moved to Spain in 2007. "He lived for seven years in Spain, first in Madrid and then in Algeciras, from 2007 to March 2014, when he moved to France," the source said, according to BBC News. "Once he was in France, he then traveled to Syria, before returning to France." During El-Khazzani's time in Spain, he was detained once for dealing drugs. In February 2014, El-Khazzani was flagged by Spanish authorities as an Islamic extremist who might travel to France, though it's unclear what he did that made authorities flag him.

Alek Skarlatos, one of the men who helped subdue the attacker, said he believed the gunman lacked formal training with assault weapons — something that would likely be found in someone with ties to terrorism, according to The Telegraph: "He had no firearms training. He would have been able to operate through all of those magazines."

Mohamed El-Khazzani, El-Khazzani's father, told The Telegraph that he was shocked by his son's actions, saying, "I have no idea what he was thinking and I have not spoken to him for over a year. He was a good boy, very hardworking."

The gunman's father was sobbing during the interview, when he said that he and his son never talked politics, "just football and fishing." El-Khazzani returned back home to live with his parents in 2012 after trouble relating to drug charges, and his father said that he gave up smoking hashish and seemed very calm.