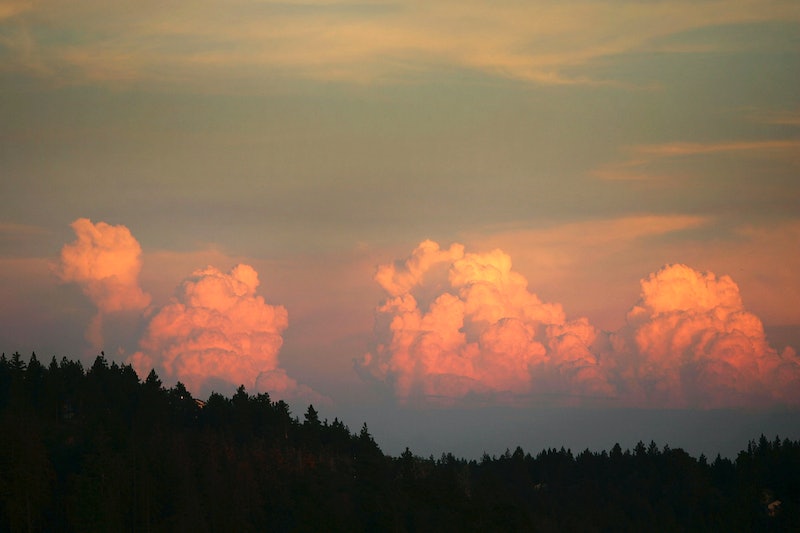 Fire isn't something to mess with, and as officials in the San Bernadino Mountains can attest, Sunday's brush fire was no exception. The fire, deemed "Summit Fire," burned 100 acres in the area near Summit Ski Resort, reported KTLA. The San Bernadino National Forest reported via its Twitter account that the fire was 25 percent contained. In addition to mandatory evacuations, four forest roads — Radford, Clarks Grade, Wildhorse, and Skyline — have also been closed because of the fire. The Red Cross has also set up an evacuation center at the Big Bear Convention Center. But what areas have the Summit Fire affected?

According to ABC News, the fire is being battled by more than 400 officials. Luckily, no structures have burned and no injuries have been reported, although hundreds of homes are thought to be at risk. The National Forest posted that voluntary evacuations are also available for residents south of Brownie Lane, east of Thrush Drive, north of Switzerland Drive, and west of Summit Blvd.

The Incident Information System reported that the cause of the fire is still under investigation and that 12 fire engines, two crews, four tankers, and four helicopters have been on the scene today to put out the fire.

And though this area has been receiving plenty of attention from officials, the ski resort area is certainly not out of danger. ABC News reported that water cannons usually made for snow are pointed toward the fire, proving that all resources have been pulled to battle the threat. The San Bernardino Sun reported that the sheriff's department has sent units from county-wide to protect evacuee's homes.

The ski resort area is a well-populated one, host to summer activities as well as the usual winter sports. From hiking to mountain biking, the mountain is certainly frequented in the summertime, and with the winter season gearing up soon, this fire isn't good news. More than 500 homes in the area are in danger of being damaged by this fire.