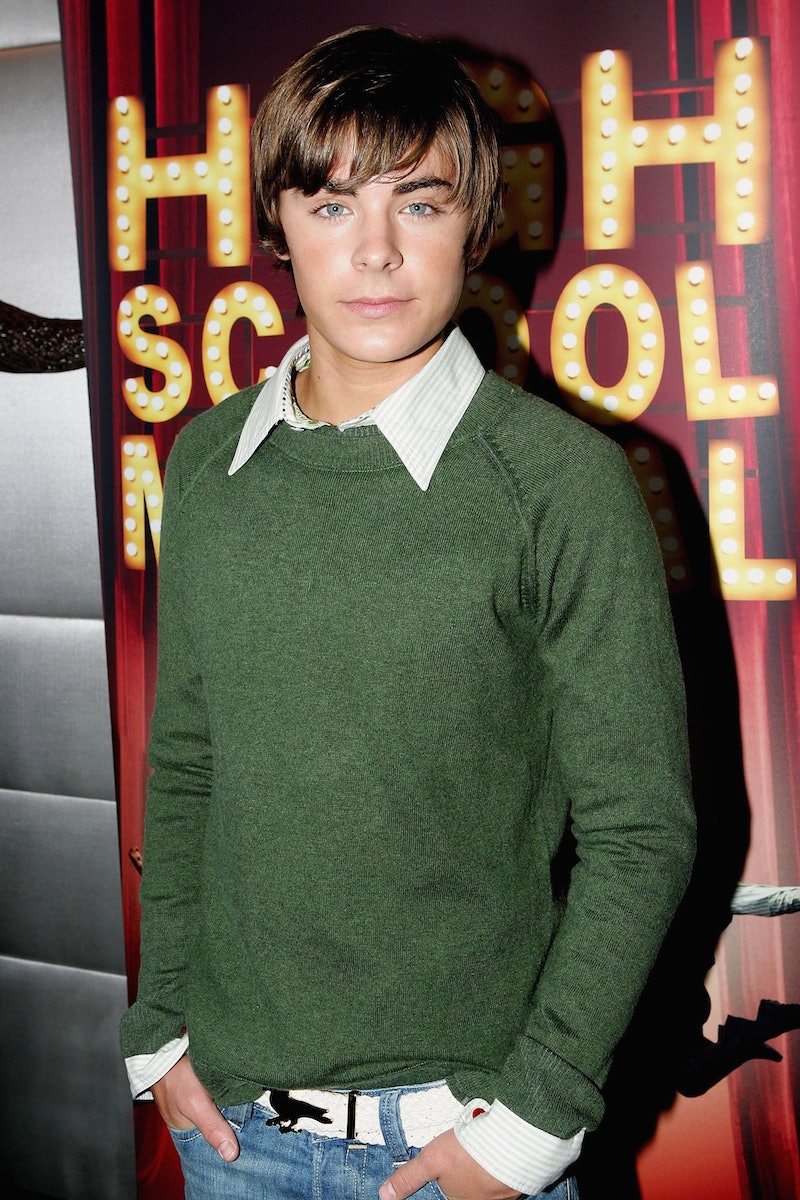 It's okay, Zac Efron! We Are Your Friends stars Efron and Emily Ratajkowski, along with director Max Joseph, played a musical game requiring them to guess the names of songs as fast as they can. The only problem? It took Efron 22 seconds to guess "Breaking Free" from High School Musical ! To put it in context, other songs in the game included Beyonce's "Drunk in Love," One Direction's "Steal My Girl" (which also stumped the trio) and Robin Thicke's "Blurred Lines" which, of course, featured Ratajkowski in the video.

When "Breaking Free" came on, Efron immediately recognized it. However, it took him a couple of guesses before he nailed the title. "There's three movies of songs, guys!" Efron justified, laughing. Totally fair.

What's also fair is that Efron's career skyrocketed after his High School Musical days. I'll always have a special place in my heart for Troy Bolton, but it's understandable that the title of the song slipped his mind, considering that it's just one piece of a much greater resume. High School Musical premiered almost 10 years ago and in that decade Efron transcended beyond the Disney Channel to become a bona fide move star. Here's seven things he's accomplished since his days as Troy Bolton.

1. Played A Romantic Lead In The Lucky One

Efron made us swoon in the adaptation of Nicholas Sparks' book.

Efron lent his vocals to the movie adaption of Dr. Seuss' famous children's book, The Lorax.

Efron appeared in movies like Liberal Arts and The Paperboy.

4. Made Us Laugh In Neighbors

It's pretty impressive that he held his own against hilarious costars like Rose Byrne and Seth Rogen.

5. Went Into The Wild With Bear Grylls

Efron showed a more vulnerable side when he ventured into this wilderness for the TV show.

From New Year's Eve to That Awkward Moment, Efron rocked this genre.