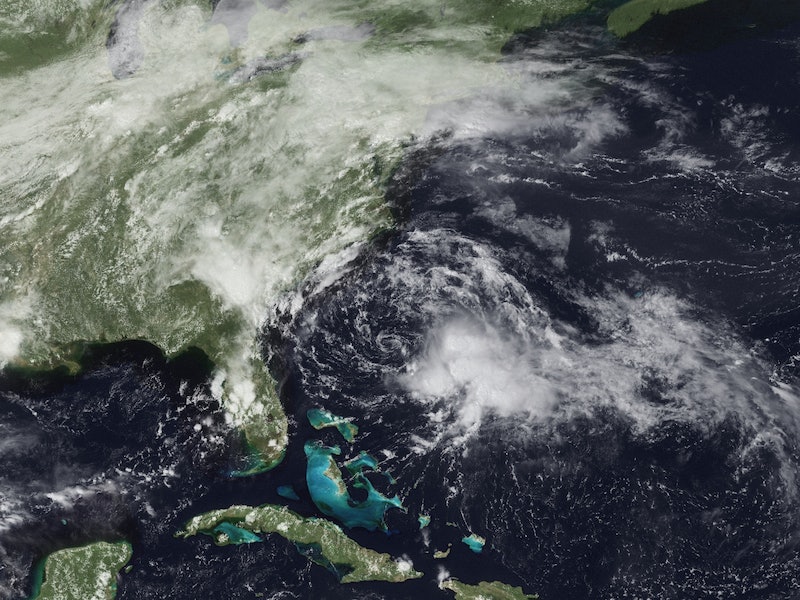 Good news: The hurricane expected to make landfall in the Caribbean this week is no longer a major threat. Former Hurricane Danny has been downgraded to a tropical depression. What is a "tropical depression," exactly? While they are more serious than your typical rainstorm, they tend to bring much less damage and chaos than the high winds of hurricanes.

As of 10:30 a.m. on Monday morning, AccuWeather radar placed Tropical Depression Danny at 45 miles southwest of Guadeloupe, an island in the southern Caribbean Sea. The storm's winds were recorded at around 30 miles per hour, with gusts hovering at 40 miles per hour. These figures are significantly lower than Friday's reading, which labeled the storm as a Category 3 hurricane. Hurricanes are generally rated on a 1 to 5 scale, and one of that strength can have winds as powerful as 115 miles per hour.

Although Danny is now much weaker, meteorologists are still warning residents to take it seriously. "[These] gusty winds could produce sporadic power outages with some damage possible to poorly built structures and weaker trees," said AccuWeather Meteorologist Evan Duffey.

The National Hurricane Center's Atlantic operations also issued its final advisory to Caribbean residents on Monday morning: "The remnants of Danny are expected to produce 2 to 4 inches of rain over the Leeward Islands, the U.S. and British Virgin Islands, Puerto Rico, and the Dominican Republic through Tuesday night." They added that the tropical depression is expected to dissipate in a couple of days. "There are no coastal watches or warnings in effect," and Danny now "lacks sufficient organized deep convection to qualify as a tropical cyclone [hurricane]."

While Caribbean nations may have been saved from a potentially catastrophic storm, they're not in the clear yet. Another tropical storm, labeled Erika, is currently strengthening in the eastern Caribbean. Meteorologists say that the storm could likely follow Danny's path.