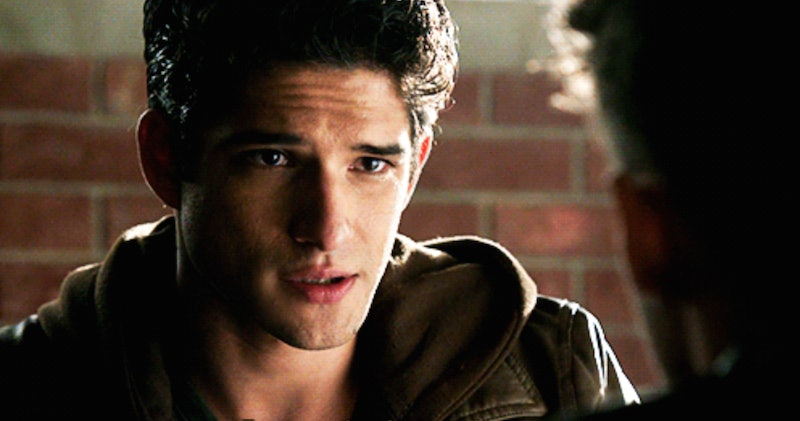 Things are getting really dire for everyone's favorite true Alpha on Teen Wolf. Thanks to the manipulation of Theo and overwhelming concerns about his authority and self consciousness over being a real leader, Scott is alienating his pack and driving people to not only leave him, but also break their friendships and feel betrayed by his actions. Scott's current tension with Stiles is horrible, considering their close brotherhood for so many years, but his problems with Liam could actually become life-threatening. In fact, could Scott die in the Teen Wolf Season 5 summer finale?

So far we've seen Scott use Liam's girlfriend Hayden as bait to draw the Dread Doctors into Beacon Hills High School, a move that failed spectacularly and saw the kidnapping of both Hayden and Liam. Scott later failed at trying to save the couple, who were instead "saved" by Theo — who probably knew exactly where they were and just went and got them to earn Scott's trust. Then when Hayden's condition began to worsen beyond normal repair, Liam asked Scott to turn her into a werewolf so she could potentially heal from her chimera wounds caused via experimentation by the Dread Doctors. Scott said no and has yet to give a reason why. We all know that Liam's temper is a huge problem (he's even been diagnosed with Intermittent Explosive Disorder), so Theo's nefarious plans to take over Scott's pack without him could work if Liam is manipulated and pushed enough to take his alpha's life.

But it would be strange and probably catastrophic if Scott were to die in the midseason finale of Teen Wolf. It would be weird to see him die at all on the show (unless it's at the very end of the series) considering he's the main character. So I genuinely do not believe that Liam will be able to kill Scott on Monday night. Instead, I think he and Liam will be the only people able to repair their relationship as Scott has pushed away Kira and Stiles, and Malia has never really seemed to be as close with Scott as she is with some of the others.

Even though Scott seems to be willing to let Hayden die rather than save her with a bite as Liam asked, I think the alpha will ultimately be the only person who can help Liam with his anger. It seems like Liam still respects his Alpha even if he does things that Liam doesn't agree with. Somehow the pack has to see through Theo's plan, but since Scott and Stiles aren't really trusting each other right now, Scott may need Liam's help to snap out of his manipulation and overall werewolf funk. He needs to find his inner confidence as a true alpha and a leader — and he needs to do it fast, or he won't be around much longer.

More like this
The 'Grey’s Anatomy' Season 18 Finale Might Have Had A Sneaky April Easter Egg
By Grace Wehniainen
'Gentleman Jack’s Cast & Crew Are Keen On Season 3, Too
By Frances Stewart
'Bridgerton' Star Nicola Coughlan Confirms Season 3 Will Focus On Colin & Penelope
By Grace Wehniainen and Alyssa Lapid
20 Photos From The 'Stranger Things' Season 4 Premiere To Make You Feel Old
By Alyssa Lapid
Get Even More From Bustle — Sign Up For The Newsletter