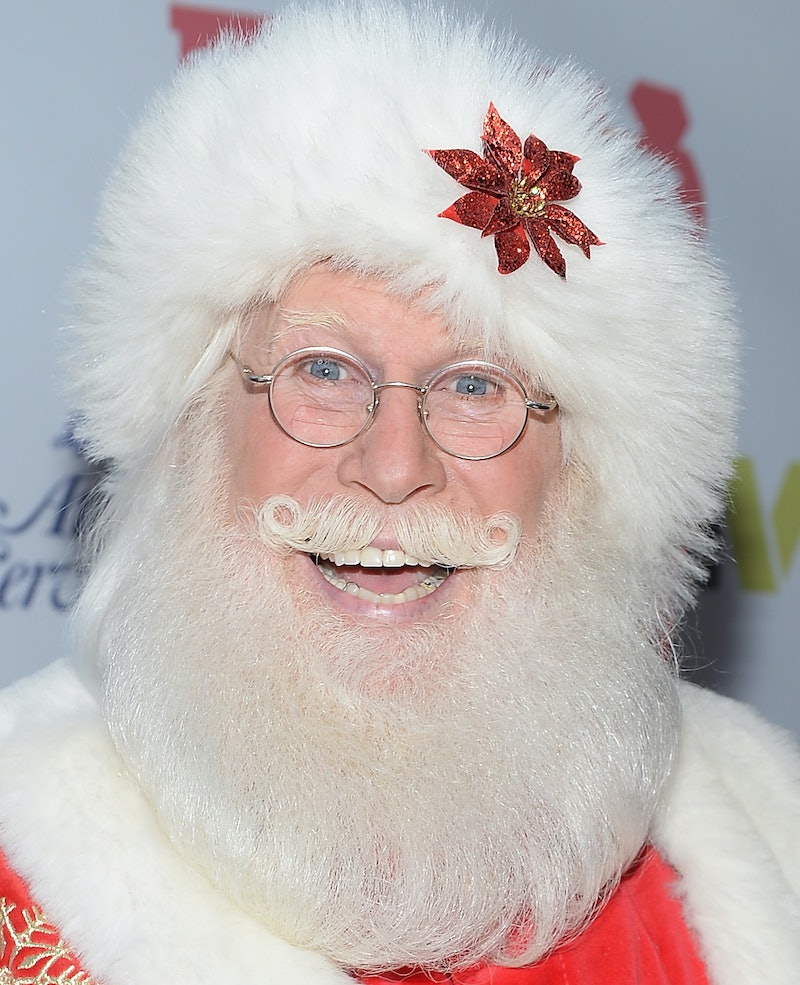 Wednesday night, Fox News host Megyn Kelly decided to clear up what is clearly a central question of our times: is Santa white? On The Kelly File, the host responded to Aisha Harris’s Slate article titled “Santa Claus Should Not Be a White Man Anymore.” In the article, Harris recounts her experiences growing up surrounded by white Santas at Christmas, which directly contrasted to images in her own home of black Santas. Instead of operating within these two images of Santa Claus, the author came up with an alternative idea, void of race. Harris wrote:

So let’s ditch Santa the old white man altogether, and embrace Penguin Claus—who will join the Easter Bunny in the pantheon of friendly, secular visitors from the animal kingdom who come to us as the representatives of ostensibly religious holidays. It’s time to hand over the reins to those deer and let the universally beloved waddling bird warm the hearts of children everywhere, regardless of the color of their skin.

Megyn Kelly had a very big problem with Harris proposing that Santa Claus be depicted as anything except an old white man — let alone a penguin.

"By the way, for all you kids watching at home, Santa just is white but this person is just arguing that maybe we should also have a black Santa," Kelly said. "Santa is what he is and just so you know, we are debating this because someone wrote about it, kids."

Yes, the mythical character known as Santa is what he is. Thanks for clearing that one up, Fox News.