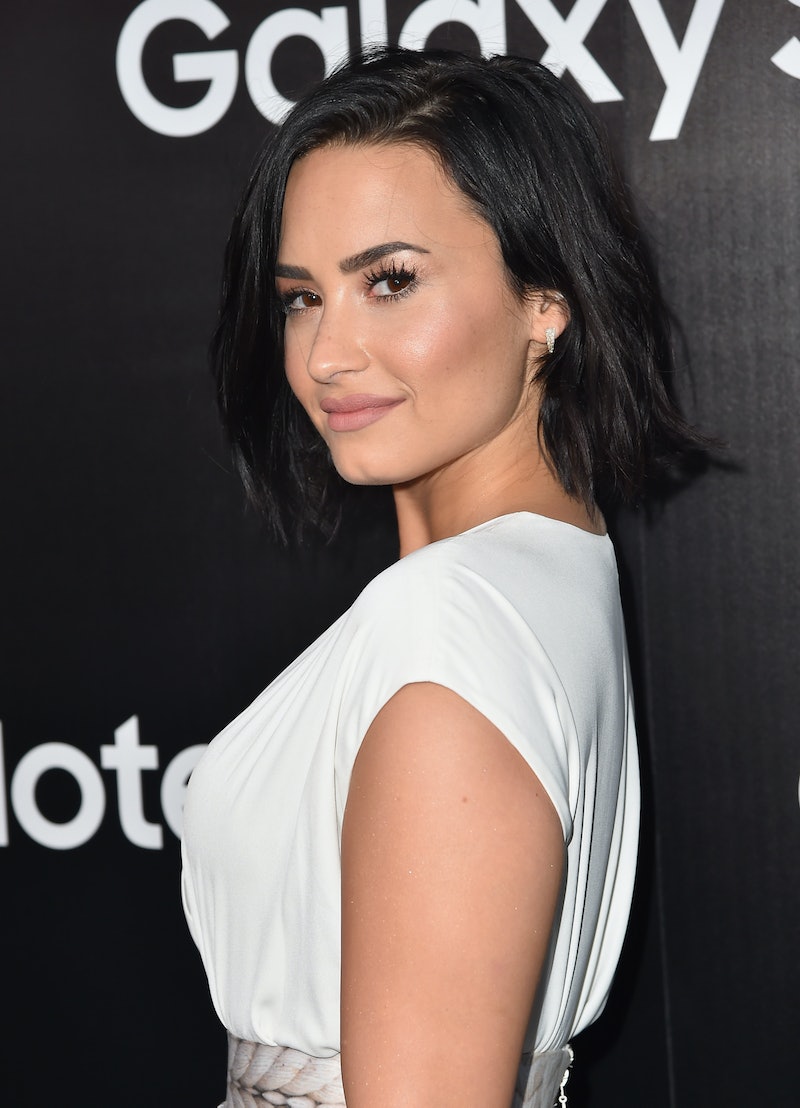 Get excited, Lovatics: On Sunday, Demi Lovato's alleged new single, "Confident," leaked online. The powerful, high-energy track finds the "Cool for the Summer" singer channeling pop music icon Britney Spears in a couple of different ways. First, with its hard-hitting beat and horn stabs, "Confident" sounds a lot like something Spears might've released in the early '00s (which isn't at all surprising when you consider it was co-written and co-produced by Swedish hit-maker Max Martin, one of the legendary star's frequent collaborators). Second, Demi Lovato's "Confident" lyrics tackle a familiar Spears-ean theme: breaking free. From "Overprotected" to "I Wanna Go," Spears has sung about wanting to break away from society's perceptions of her as an immature, squeaky-clean child star throughout her career. Having also grown up in the spotlight, Lovato seems to have a similar desire.

For example, on the first verse of "Confident" and pre-chorus, she sings:

It's time for me to take it

Not gonna fake it

Not when you go down

'Cause this is my game

And you better come to play

I used to hold my freak back

I make my own choice

If I run this show

So leave the lights on

No, you can't make me behave

So you say I'm complicated

That I must be out my mind

I was expecting "Confident" to have a massive, stadium-sized chorus (hey, it's a Max Martin joint, after all), but, surprisingly, it doesn't. Instead, Lovato and her co-writers wisely decided to keep it simple, forcing listeners to focus on the tune's central question:

What's wrong with being

What's wrong with being

What's wrong with being confident?

So, not only is Lovato taking control of her life, she's also taking a stand against the stigma attached to being a confident, self-assured woman in this world. What a badass. As Madonna (an artist who has almost certainly influenced both Lovato AND Spears — connections!) once famously said, "I'm tough, ambitious, and I know exactly what I want. If that makes me a bitch, OK." Check out "Confident" below.

Billboard reports that "Confident" was "confirmed" as the second single from Lovato's upcoming new album at the iHeartMedia Music Summit in Burbank, Calif. earlier in August. Hopefully, the song will be given an official release date soon. I can't stop listening to it.