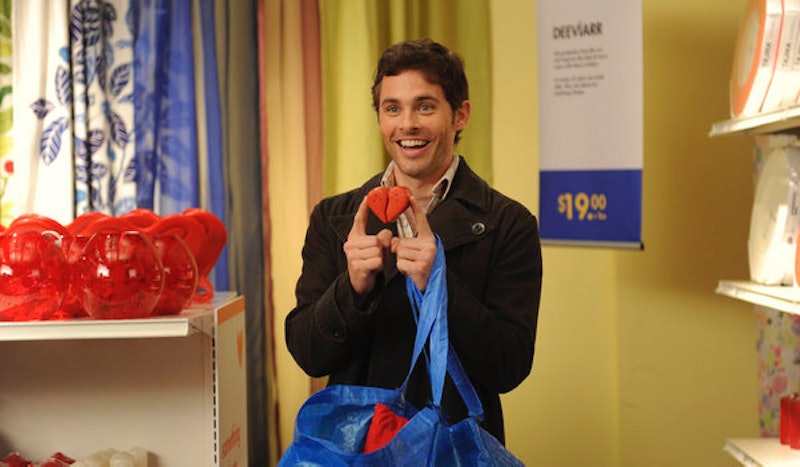 Sometimes, a hero comes along, like this boyfriend making puns at IKEA and annoying his girlfriend for their entire trip to the furniture and homewares store. The boyfriend in this now viral video made his trip to IKEA with his girlfriend lots of fun by creating amazing puns out of the names of what seems like every single item in the store. Which I can imagine would be annoying if you were dealing with the constant punning in real life, but for the rest of us watching it on YouTube it's fairly hilarious. To be fair, the girlfriend's annoyance seems borne of endearment, and it's not like she's actually angry at him, the way a lot of couples wind up being after a day at IKEA.

As we all know, IKEA is the most terrible and trying thing a couple can do together. I am always very proud that my first and only trip to IKEA with my boyfriend went off without a hitch, but when I say only I mean only, because I don't want to risk breaking that perfect record. And while the boyfriend and girlfriend in this video manage to survive IKEA and the puns without much incident, the puns are a very real reminder that IKEA will actually drive a person crazy. Watch (and be awed at the flawlessly created puns) here:

Meanwhile, here are some more times when the hellscape of IKEA made people completely lose their humanity:

2. When These Two Girls Filmed Themselves Completely Losing Their Minds In IKEA

3. When This Girl Referred To IKEA Staff As "The Help" And Used Her Body Without A Head As A Measurement

4. When These Girls Filmed The Weirdest Music Video Ever In An IKEA

5. When These People Totally Lost The Plot

6. When Leonie Sat On The Toilet