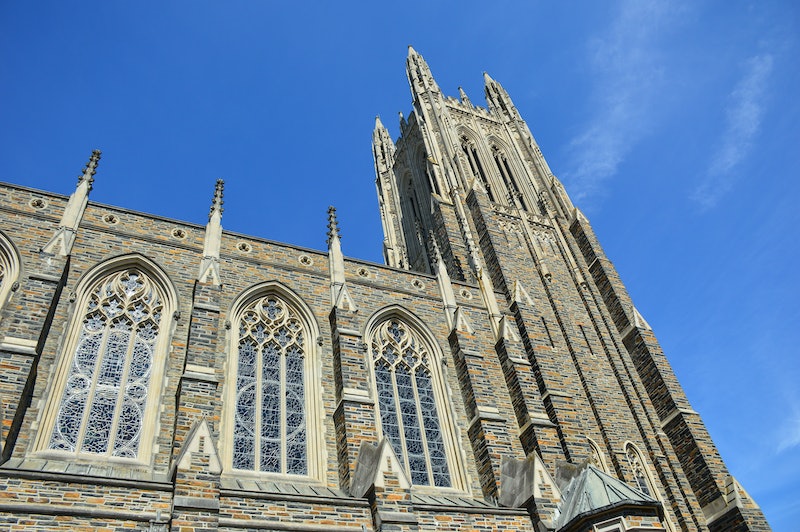 The first time I read Alison Bechdel's acclaimed graphic memoir Fun Home, I wanted to run around handing copies to everyone I met insisting that they read this book right now — but apparently not all people feel the same way. In fact, several freshmen at Duke University refused to read Fun Home after the book was assigned to as the summer reading book for incoming freshmen.

According to an article in the Duke student newspaper, The Chronicle, numerous freshmen objected to the book on moral grounds and felt that reading it would go against their personal or religious beliefs. One student, Brian Grasso, posted on the Duke Class of 2019 Facebook page that he refused to read the novel “because of the graphic visual depictions of sexuality."

“I feel as if I would have to compromise my personal Christian moral beliefs to read it,” Grasso wrote in the post. Many students commented on the post in agreement.

Fun Home deals with, among other things, Bechdel's experience coming to terms with herself as a lesbian, with the possibility that her father was a closeted gay man, and with his possible suicide. The graphic memoir includes many references to sex, plenty of discussion of homosexuality, and some nudity.

This also isn't the first time that students have objected to a freshmen book that focuses on LGBT issues or other "left-leaning" themes. Does assigning such a book place an unfair burden on students who embrace more conservative views of sex, sexuality, and nudity?

No. Although I respect very much the personal beliefs of the students who object to reading Fun Home and the way they have thus far respectfully shared those beliefs, the fact remains that it is entirely possible to object to something or even find it immoral while still learning about it. In fact, in a diverse and supposedly tolerant society like the United States, it is imperative that people be asked to learn about other perspectives and experiences beyond their own. That sort of education is often uncomfortable, but it is necessary.

I can imagine that reading Fun Home as your first experience in college — reading it, in fact, before college has even started — could be jarring or shocking or otherwise difficult for students who haven't been previously exposed to similar themes, ideas, and imagery. However, this might be the first time college makes those students uncomfortable, but it hopefully won't be the last. In fact, if a liberal arts school is doing its job, all of its students should feel uncomfortable at some point in their college careers. Expanding your horizons and broadening your perspective is uncomfortable.

You can have strong opinions about sex and sexuality yet still appreciate a book that deals with those topics in a way you with which don't happen to align yourself. You can read books by people you disagree with. And you should, regardless of your background — but especially in college.

Hopefully, these students will choose to go back to the memoir in a few years, since they aren't reading it now. Because deep down, I still hope that everyone in the world reads Fun Home.