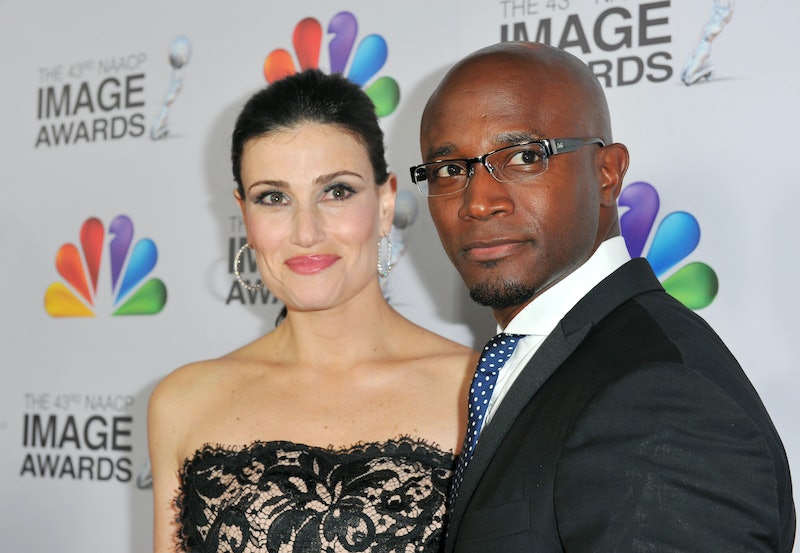 Everything is terrible. Broadway's golden couple Idina Menzel and Taye Diggs have split. The two met during that first legendary production of Rent and had been together ever since. They were married in 2003. Love and perfectly intoned ballads are dead.

And yes, I hear you: "It's unhealthy to fixate so much on the personal relationship of two people you've never met, Alanna," "I'm sure they're making the best decision for them and their happiness, Alanna," "Stop sing-sobbing 'As Long As You're Mine' in my face, Alanna."

Shhhh, shhhh, I get it. It's their decision. It's fine. They've been married for a decade, and that's a pretty respectable stretch of time to commit yourself to someone.

In the professional offshoot of their time, the pair has appeared in many a Broadway production together including Wicked, Wild Party, and the aforementioned Rent. She can currently be heard voicing Ice Queen Elsa in Disney's Frozen and is preparing to star in If/Then on Broadway, and he can be seen now in The Best Man Holiday, though he's more well-known for his roles in Private Practice and How Stella Got Her Groove Back.

A spokesperson for the couple has stated that they came to this decision jointly and that their primary concern is their son, Walker, who was born in 2009.

Here is a video of them in happier times to make you even more sad: