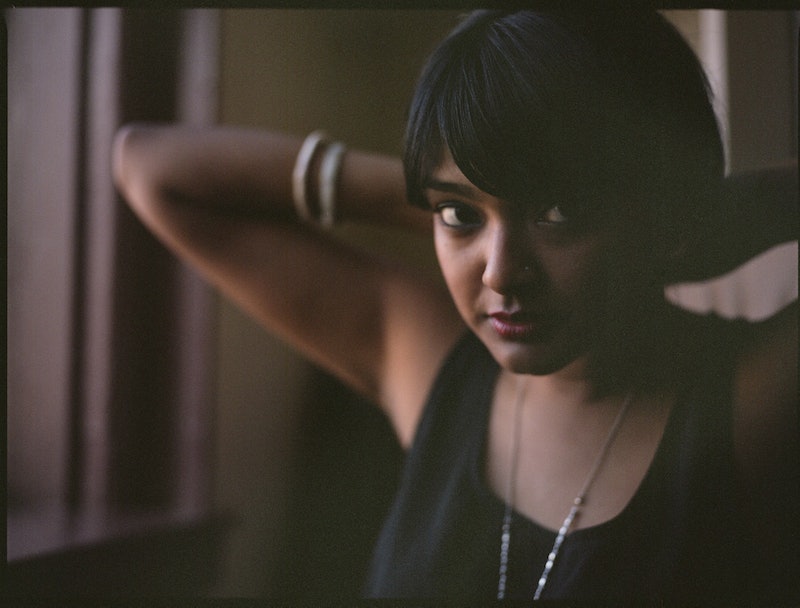 Tanwi Nandini Islam's debut novel Bright Lines is a vivid and captivating story about a loving yet dysfunctional family set against the backdrop of a colorful and unforgettable Brooklyn that is as much a part of the story as the characters. It's an impressive first novel — one that will draw in readers immediately.

The Saleem family is full to bursting with of love, sore spots, and simmering tensions. Their oldest daughter Ella, adopted by her aunt and uncle after her birth parents were murdered in Bangladesh, is home from college for the summer, struggling to feel like she belongs. Her outgoing adopted sister Charu is eager to start college in the fall, chafing against the conservative expectations of her immigrant parents. Parents Anwar and Hashi worry about their girls while emphatically not talking about their own marital issues. And the house is now home to two indefinite visitors: Anwar's judgmental, recently divorced brother, and Charu's friend Maya who has run away from home and her domineering father.

The summer is full of secrets, adventures, sexual awakenings, transgressions, and heartbreak, until eventually, inevitably, the tensions boil over in spectacular fashion.

Bright Lines takes place in a Brooklyn that shimmers like a mirage — at once vivid and surreal. In fact, the setting might be the most engrossing thing about the novel. Islam manages to conjure a sense of place that seems to pulse with life on the page, a Brooklyn of underground parties, bachelorettes on bicycles, Atlantic Avenue traffic, pot smoking barbers, and fire hydrants busted open to help everyone cool off in the hazy summer months. It's a Brooklyn where anything could happen, and where someplace everything probably is.

And her main characters fit right in — from the hijabi girl who eats ham to the college student with hallucinations to the apothecary owner plotting to grow his own weed, each person is full of their own contradictions and eccentricities.

The summer is full of secrets, adventures, sexual awakenings, transgressions, and heartbreak, until eventually, inevitably, the tensions boil over in spectacular fashion.

This somewhat surreal, collage-like feeling extends also to the plot, as well, with less consistent success. The point of view shifts between characters in each scene, and all scenes are treated with equal care and attention, even those that wouldn't seem as important to the overall story. Huge, pivotal moments involving blood, fire, illicit sex, family arguments, or life-threatening danger are given the same amount of attention and the same tone as discussions about plants and seeds, bike rides, party plans. The narration makes little effort to direct your attention to what is most relevant or to point out what might prove most important, creating a narrative that feels alternately thrillingly real or perplexingly disjointed, depending on the scenes in question.

The novel manages to be spell-binding and a page turner regardless, perhaps because Islam manages to make her characters so compelling right away. It's a very promising debut that explores family, love, loss, and the painful process of growing up in a way that is both timeless and modern.