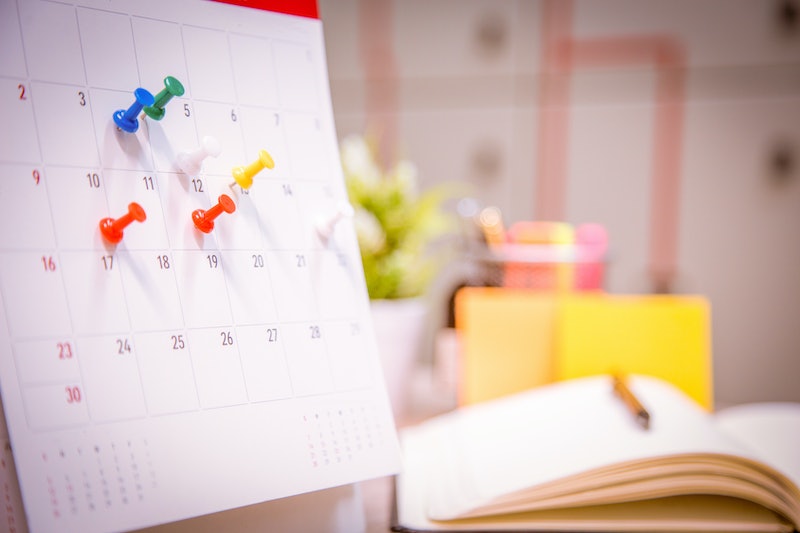 I have an irregular work schedule, so you can bet I mix up my days of the week. Wednesdays feel like Thursdays, and so forth. Apparently, though, that feeling is what's been messing me up: According to scientists, people easily confuse the middle days of the week (that is, from Tuesday to Thursday) because they have less meaning attached to them than, say, Friday (yay!) or Monday (argh!). And, shockingly, a whopping 40 percent of the people in the study could not name the day of the week (did they somehow catch me in that sample before I've had my morning coffee?).

According to Medical Daily:

Researchers asked participants to list the words they most strongly associated with days of the week. They found that more words were listed for Mondays and Fridays as opposed to the middle weekdays, giving the beginning and end-of-the-week days a stronger identity. Mondays were labeled with negative words, as one would expect, like boring, hectic, and tired. Conversely, Fridays were labeled with positive words like party, freedom, and release. Tuesdays, Wednesdays, and Thursdays carried less meaning, which allowed them to be more easily confused.

Another reason why we don’t confuse Mondays and Fridays as easily as the middle days of the week is that we don’t talk about those days. We tell our co-workers Mondays stink and we wish the weekend was longer, and when Friday comes, we say, “TGIF!” and go out to happy hour and celebrate. People rarely say, “Hooray, it’s Tuesday!” And since we don’t have natural dialogue with those days, it’s much easier for us to get them mixed up.

Study participants felt especially messed up during holiday weeks, when participants felt like they lagged a day behind. You might expect this, though — who can tell the difference between Wednesday and Thursday when you've been on a beach both days and your vacation ain't even half over yet? Conversely, I have a strong belief that the sign of a good vacation is that you basically forget that time exists. T.G.I. Monday, you can say to yourself, holed up in a cozy alpine lodge in Nice, looking down on a French vista (in my vacation fantasies I am very, very rich).

More like this
5 Crystals For Anxiety
By Megan McCarty
5 Crystals To Manifest Better Sleep
By Megan McCarty
The Case For A Hard Launch Summer
By Morgan Sullivan
Are Gemini & Capricorn Compatible In A Relationship?
By Kristine Fellizar
Get Even More From Bustle — Sign Up For The Newsletter