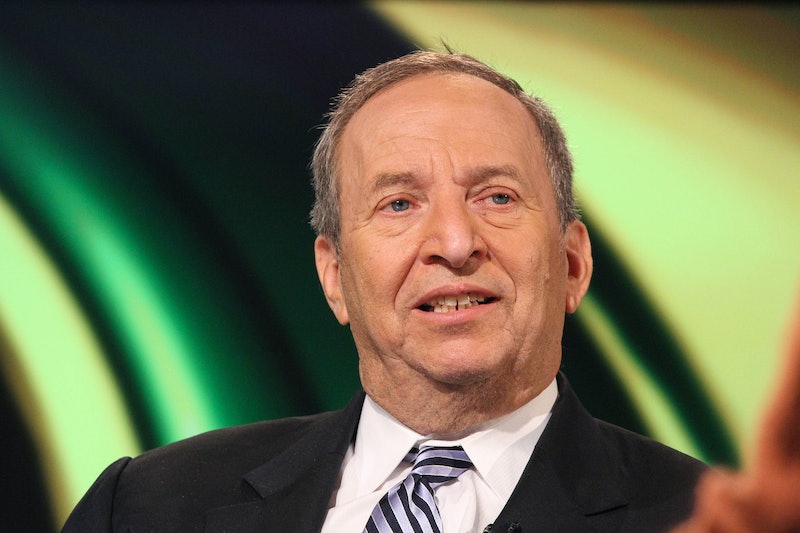 On Monday, a sudden 1,000-point drop in the Dow Jones industrial average had a lot of people worried that the New York Stock Exchange was headed for a major crash, and economist and former Treasury Secretary Lawrence Summers only made Americans more nervous. In a tweet Monday morning, Summers said: "As in August 1997, 1998, 2007 and 2008 we could be in the early stage of a very serious situation." He was referring to the Asian financial crisis of 1997 and 1998 that started in Thailand and spread throughout East Asia, and the global financial crisis of 2007 and 2008, both of which had international financial consequences. Twitter users lashed out at Lawrence Summers for his comparison of Monday's stock market losses to the past crises, claiming he was unnecessarily scaring people.

The other crisis Summers mentions is a little more familiar — the 2008 global recession. In August 2007, the interbank market, in which banks and financial institutions trade currencies, froze after realizing the market couldn't solve America's huge subprime mortgage problem. The crisis continued to worsen and threaten large financial institutions to the point where economists called it the worst financial crisis since the Great Depression. So, you can see why Summers' statement was so scary.

Twitter users were less than thrilled that Summers brought up these two catastrophes. Many people didn't agree that Monday's dip in the Dow was a precursor to a huge financial crisis and thought Summers' comment would only scare people about the situation. Monday's crash did have consequences — the Dow closed the day at 15,871 with a loss of 3.6 percent, and big companies like General Electric, Apple, and Verizon all saw stocks fall by more than 10 percent, according to NBC News. However, analysts don't believe the U.S. market is doomed, since it would take an increase in unemployment and interest rates, as well as a bank crisis, to sink the market lower.

Here are some Twitter users' responses to Summers' worrisome tweet about the stock market. Summers has not responded to any of the tweets.

More like this
Photos Of Boris Johnson Drinking At A Downing Street Lockdown Party Have Surfaced
By Bustle UK
How To Support Gun Control Reform Right Now
By Morgan Brinlee and Carolyn Steber
President Zelensky Spoke Out On Ukraine's Chances Of Hosting Eurovision Next Year
By Sam Ramsden
How To Protect Your Digital Privacy If You Need An Abortion Post Roe v. Wade
By Kaitlyn Wylde
Get Even More From Bustle — Sign Up For The Newsletter