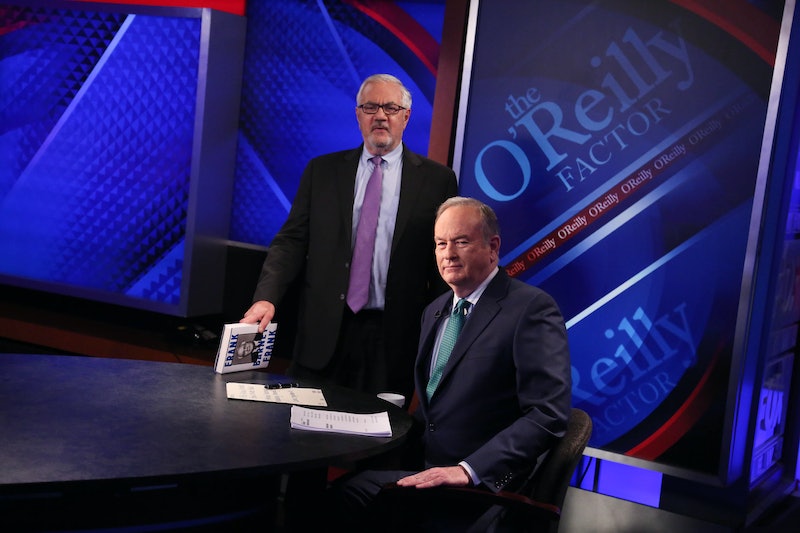 On Wednesday, a six-minute video compilation of 70 instances of sexism on Fox News, thanks to both its anchors and its guests, was posted on YouTube on Wednesday by Media Matters For America. The video is by no means easy to sit through — it literally opens with a man saying, "The male typically is in the dominant role," and is followed by another man saying to a woman, "Didn't men give you the kitchen?" But if by some great miracle you are able to watch through all six minutes of the video, you'll learn a lot about a lot of people's frankly disturbing outlook on the female sex.

As Vox writer Amanda Taub points out, the video is pieced together so that each incident seems like an isolated incident of sexism, but by the time you finish watching it, you'll have caught on to patterns. The anchors and guests, mainly its male ones, featured in the video seem to have completely bought into the most pervasive — and most destructive — sexist stereotypes that exist in our culture.

You'll find in the video clip after clip of men expressing genuine fear about the rising number of female breadwinners. One man attributes this "depressing" rise of female power and financial independence to "men ... allowing women to take over the world," because yes, of course women can only accomplish anything if men let them.

Another guest outright claims the existence of female breadwinners was a "recipe for disharmony within the home." It might be the 21st century, but if you believe the attitudes in this video, hell will almost certainly freeze over if men are weak enough to allow their women to pursue something other than child-rearing. Women don't just belong at home, or specifically, in the kitchen: Their other all-important role is to serve as objects to be freely sexualized by men.

In the video, when women accomplish anything — whether they've successfully garnered support for reproductive rights in the Senate, or become the first female fighter pilot of the United Arab Emirates — someone will be there to make comments about their "boobs," or to question whether they would have been met with success, were they not attractive. And then there's Rush Limbaugh, who will be there to sweepingly sexualize the women's movement. The video captures him claiming to love being "behind it," with all kinds of disturbing, implied innuendo.

You'll find plenty more cringe-worthy clips in the video. There are many examples of male anchors making female guests or even co-anchors visibly uncomfortable with sexual comments or bizarre flattery, and infuriating, gender-based disrespect. But the vast majority of the video's many negative comments about women involve appearances. There are so many clips of men perpetuating the destructive stereotype that attractive women can't be taken seriously as intellectuals, or insulting the appearances of other women. Frankly, if you go off the clips alone, these people seem to buy into literally every stereotype about women in existence.

As much as I appreciate the video, some of it is, frankly, so disturbing, I almost wish I were making it up.