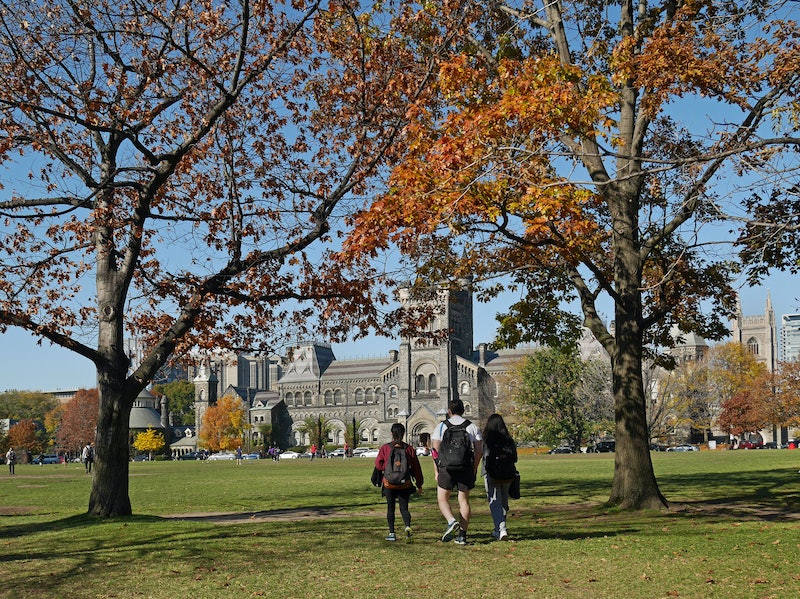 After photos surfaced on social media showing banners hanging from a frat house near Old Dominion University's campus that read "freshman daughter drop off" and "hope your baby girl is ready for a good time," the university spoke out against the fraternity, Sigma Nu, and the national leaders suspended the chapter. "The fraternity condemns the derogatory and demeaning language used on the banners," Sigma Nu executive director Brad Beacham said in a statement released Monday. "Such language has no place in our fraternity or within any caring community, such as that of ODU."

While the house where the banners were displayed is not part of the ODU campus, it is visible from the university grounds, and according to The Virginian-Pilot, several members of the Sigma Nu fraternity live there. Beacham said in his statement that the fraternity would conduct a full investigation into the matter, and will hold accountable anyone within the ODU chapter found to have been involved.

ODU President John Broderick also released a public statement expressing his outrage, but then said something that is a little unusual in cases like this: He acknowledged that maybe not everyone was getting the university's zero tolerance message on sexual assault and harassment. "While we constantly educate students, faculty and staff about sexual assault and sexual harassment, this incident confirms our collective efforts are still failing to register with some."

The university's Interfraternity Council also posted a statement to its Facebook page condemning the banners. "This was an embarrassing, unacceptable action that the general Greek community strongly denounces."

Across the country at another college, officials from the University of Montana had ordered offensive signs removed; the signs seemed to be trying to warn female students about alleged rape culture on campus. One sign read "Montana Hunting Season OPEN. Female students the prey." Another read, "Get drunk. Get raped. The players are ready."

In the past several years, UM has been the subject of a federal investigation for a widespread problem with alleged rapes, according to the Billings Gazette, and has made numerous changes as a result. The university now says that it's a safer place for women than ever, according to MTV, and one staffer suggested that the signs were intended to start a dialogue on campus.

Whatever the outcome of the ODU investigation, it's encouraging to see universities take seriously the issues of campus rape and rape culture before incidents happen, rather than reacting after the fact. It's obviously unfortunate that these signs would be considered funny in the first place, but here's hoping that every little bit of education leads to the end of rape culture.