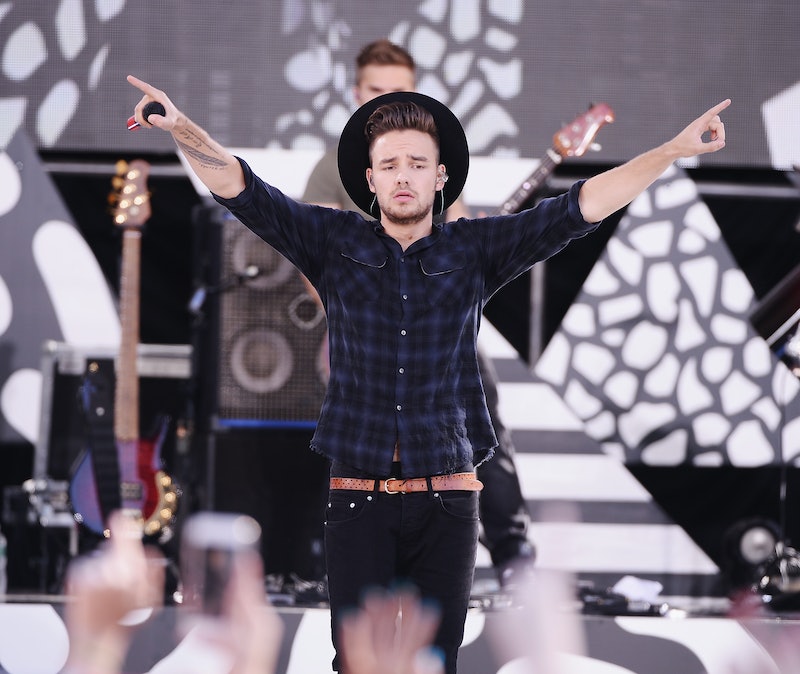 One by one, the boys of One Direction are opening up about that terrifying upcoming break that the band plans to take after their fifth album. Well, perhaps terrifying is now the wrong word after Niall Horan confirmed the One Direction hiatus and reassured everyone that it is not the death knell for the band. (I've heard all this before from the Spice Girls, so consider me still skeptical as I sit here wondering which of the four boys will be Posh Spice.) Following in Horan's footsteps came Louis Tomlinson and then Liam Payne, the latter known fondly to both fans and the other boys as "Daddy Direction." The 21-year-old used his Twitter early Tuesday morning to reassure the fans that all is well. When Payne tweeted about the One Direction hiatus, it was pretty much the Internet equivalent of resting a hand on all our shoulders and telling us that everything was going to be OK. He just has that kind of tone.

"So glad everything has been cleared up today and ur [sic] support with it is amazing not that we could ever expect anything less your [sic] amazing," Payne tweeted, starting out, of course, with the usual amount of praise for the band's broad and very, very passionate fan base. You know, those same people who have been screaming and crying and curling into balls of emotion ever since the breakup rumor broke.

As Horan and Tomlinson already reassured fans, the band is absolutely not splitting up despite the fact that they are taking a break. Will they be pursuing individual projects? Will they be taking long naps in their childhood homes? Will they be retreating to the mountains to meditate and gain control over their emotions? Who knows? The rumors would have us believe that each boy basically plans to put out their own Schizophonic in the interim. (Schizophonic is Ginger Spice's debut solo album, guys. Keep up.) However, the implication from these tweets seems to be that the band plans to just stop doing the music thing and the tour thing for a while, perhaps so they can all get a chance to explore what it means to be "normal 22-year-olds" like Zayn Malik.

While it's easy to think the worst, especially those of us with the experience to know that bands that go on hiatus rarely if ever come back together and are rarely ever the same band if they do, the fact that One Direction has made the mature decision to reflect and realize that a break is what they need is indicative of a certain level of staying power. Many bands push themselves to keep going and end up spontaneously combusting permanently, sometimes even with bad blood between the members. The boys of One Direction seem way too close for that, but working themselves to the bone to make the fans happy when they might still be hurting from the loss of one of their brothers and when they might need family, food, and sleep (not necessarily in that order) is a bad idea.

So, the next time you're worrying about the future of One Direction, let the words of Payne comfort you like a hug from your favorite friend, and then let the wisdom of Horan wash over you.