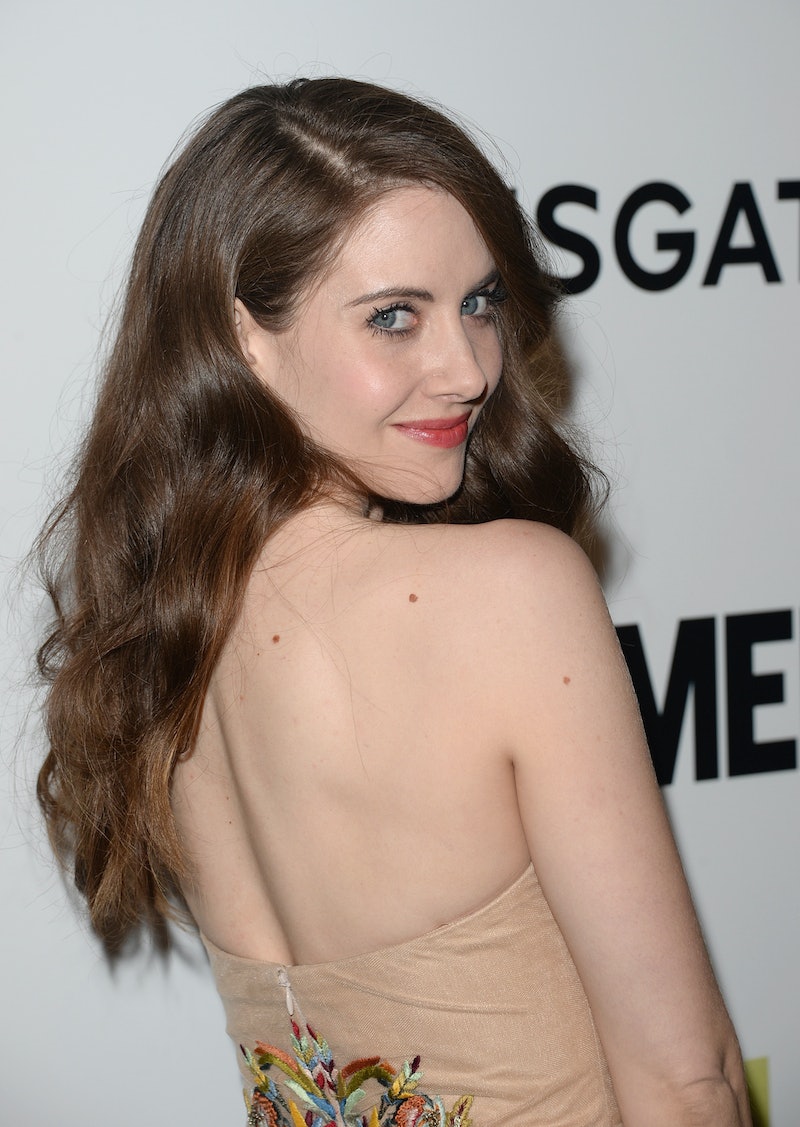 Did you know that, this whole time, Dave Franco and Alison Brie have been dating? It's no big deal if you didn't know, because the two are so low-key private about their relationship that there have mostly been a handful of pictures taken of the pair over the course of their approximately three year relationship. Heck, they're not even mentioned on each other's Wikipedia pages, despite the fact that the world was surprised by their connection when they were first seen grocery shopping back in 2012. The Wikipedia thing is likely to change in the wake of Tuesday's news, however, which is that Franco and Brie are engaged. Franco's rep confirmed the news to US Weekly, and Brie was seen out with the world's most gorgeous engagement ring at the Monday night premiere of Sleeping with Other People.

As many of you know, whether from being a fan of the show or from being well aware of exactly how often the show has been on the verge of cancellation, Brie spent six years starring as Annie Edison on Dan Harmon's Community. Annie was the sweetest, most competitive, most ruthless, most ambitious, and most occasionally naive member of the Greendale Seven, second only to perhaps Troy Barnes. I've also considered Annie to be an exaggerated version of myself, so she is the only person that I would trust to react to this news with large enough overreactions to capture my inner turmoil. I'll let her handle it from here.

1. When You First Hear The News

Someone, help me, two of my favorite people are now engaged to be married to each other. How do I react?

2. When You Refuse To Take This Seriously

Come on, Internet. Weren't they just, like, split up the other day? Considering all of the divorces and break ups happening this summer, isn't it time for there to be another rumor that they've split? Why do you let me down in this way?

3. When You Realize That It's True

Excuse me, I need to go to the supermarket and buy some ice cream to go with my plate of fudge and my tears.

4. When You're Ready To Fight Over Them

And, quite honestly, I'm not even sure which one I'm ready to fight for. Dave Franco is hilarious. Alison Brie is hilarious. They both seem like super awesome people. Maybe I can just lava joust both of them so they have to simultaneously date me instead?

5. When You Realize They're Actually Really Cute

6. When You Celebrate Their Engagement Instead

They probably won't invite me to the wedding after this meltdown I just had, but I'm OK with that. Two people I love love each other, and that's actually pretty swell.

7. When You Leave Your Options Open

But, hey, if it doesn't work out, I want them both to know that I am still available. You know. Just in case.

Check out Brie's ring below, and carry on wishing you were her.