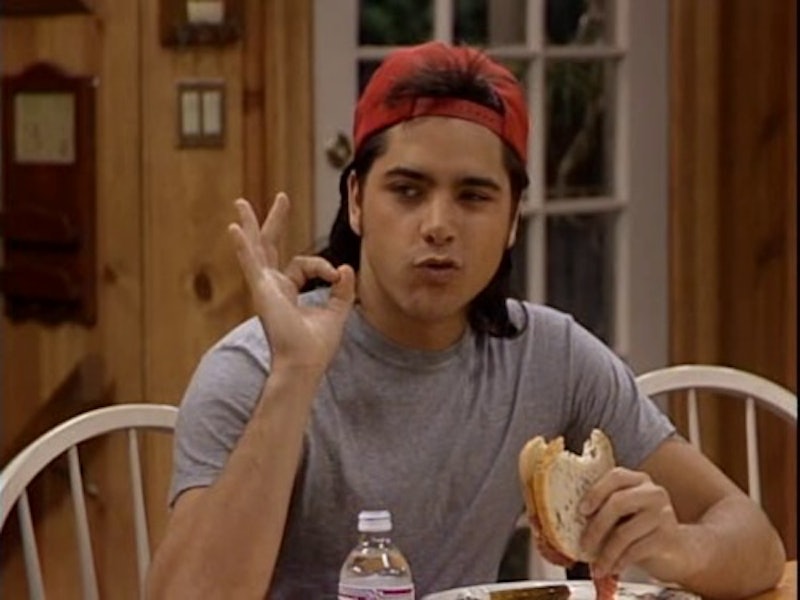 What a treat it was to grow up in the '90s. The economy was doing great, the fashion was fly, the TV shows were wholesome and charming, the movies were adventures, and the guys and girls were gorgeous. There are some characters from '90s pop culture we are still in love with after all these years, and will be in love with forever. Being a '90s kid means having watched reruns of Saved By the Bell literally every day, and fighting with your friends over whether Zack Morris or A.C. Slater was cuter. (It's not mutually exclusive, guys!) Being a '90s kid meant watching Buffy Summers kick butt, and Cory Matthews grow from a boy into a man.

'90s characters were even more crushable than the ones we have on TV or in the movies now. (Yeah, I said it. My nostalgia filter has been permanently turned on, sorry not sorry.) As much as people try, there will never be another Cher Horowitz. Here are at least 11 characters from the '90s that you dream about marrying in real life, or, at the very least, fantasize about having at least one more episode with.

Girl Meets World only rekindles your crush for Cory, the sweet, neurotic boy we grew up with, and hoped the guys in our middle school would grow up to become.

The handsome bad boy who loves the kids, the he's the Jesse of Jesse and the Rippers, your first crush on an older guy. Check, check, and check.

Harvey is an all-American, goofy, nice guy, who was so good to Sabrina and helped her throughout her trials and tribulations as a witch. He might be second string in sports, but he is first string in our hearts.

5. Will Smith, The Fresh Prince of Bel-Air

A goofy troublemaker who was also super-smooth with the ladies? Yeah, you bet you dreamed of chillin' out, maxin', relaxin' all cool with this one.

6. Zack Morris, Saved By The Bell

Zack Morris oozes with charisma. So much so that he can literally bend space and time and get the world to "time out" for his monologues.

Mario Lopez is an absolute dreamboat, who managed not to age a day since the show ended in 1993. You dreamed that he would call you "Mama."

Smarter and savvier than people originally think, our generation's Emma Woodhouse is beyond crush-worthy.

Crush-worthy and sponge-worthy, Elaine is like the ultimate sex positive and sarcastic woman.

Alternatively, this can be any of the main friends from Friends with whom we spent ten years, but Chandler is the best one. Funny and charming, and such an amazing husband to Monica, becoming Miss Chanandler Bong is still what dreams are made of.

Much like Rose loved him for the rest of her life, anyone who has ever seen Titanic fantasizes about standing with Leo on the bow of the boat and being "king of the world!" If only we could get a sequel to Titanic.