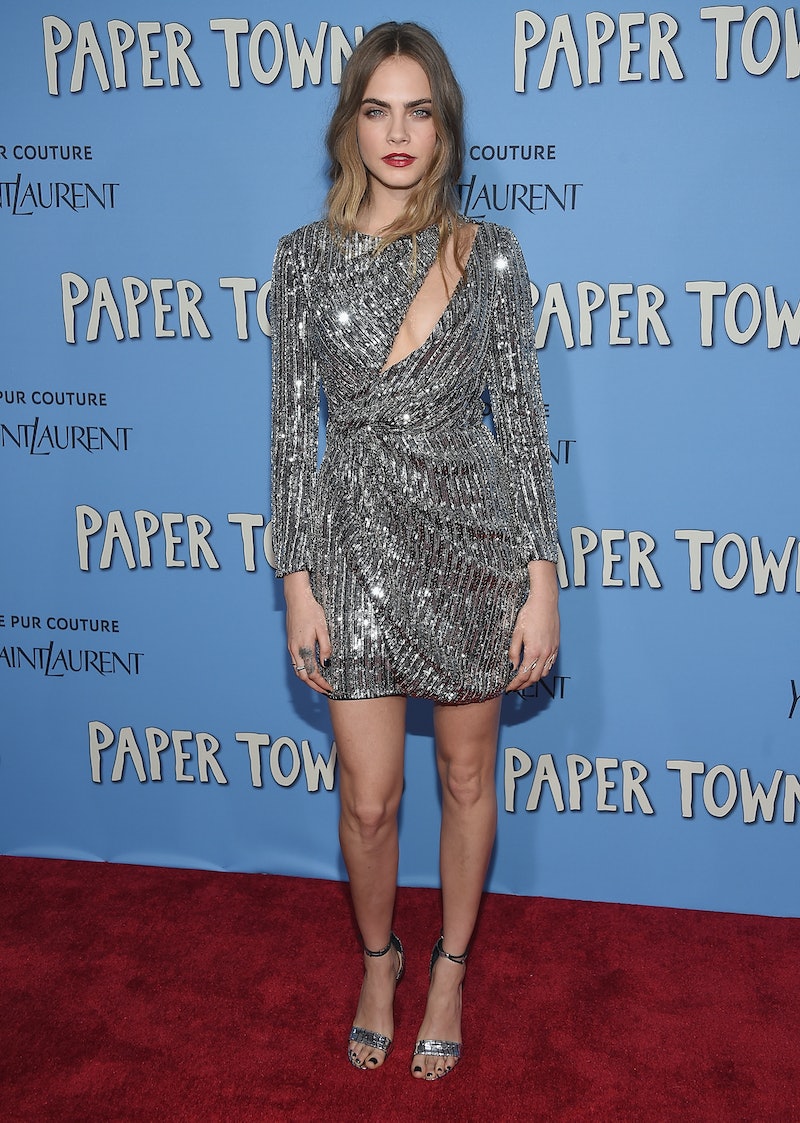 Before Kendall Jenner and Gigi Hadid came along, another famous face ruled the modeling world. Now, the ultimate It-girl of fashion is back, baby! Cara Delevingne stars in a new campaign for Yves Saint Laurent, officially taking back her reigns as queen of all the supermodels. Oh how the catwalks have missed you, Cara D!

The new campaign for YSL's Beauté Rouge Pur Couture lipstick features the British model like we have never quite seen her before. Delevingne went completely nude for the sexy new ads, donning nothing but a skimpy black blazer that just barely covers her lady bits — its quite scandalous. While the nakedness is definitely the first thing to catch your eye, her bright red pout takes center stage in the racy shot, and she looks insanely gorgeous, obviously.

With a successful new film career, it seemed that 23-year-old had quit modeling for good, but clearly, that wasn't the case. This comeback gig is bigger and badder than ever. I have got to say, I didn't see this one coming.

Does this mean she will be back on the runway soon too? Personally, I'm praying she makes a surprise appearance at New York Fashion Week next month.

In the meantime, check out the sultry new ad.

Delevingne has remained tight-lipped about her questionable return to the fashion industry. Until then, let's reminisce over her most memorable modeling campaigns, shall we?

She somehow manages to outshine fashion legend Kate Moss in this campaign.

Remember her singing debut in the Chanel video alongside Pharrell? Unforgettable.

This has got to be one of her sexiest campaigns ever.

I love that Topshop has chosen Gigi Hadid as their new cover girl, but the British brand will always belong to Cara.