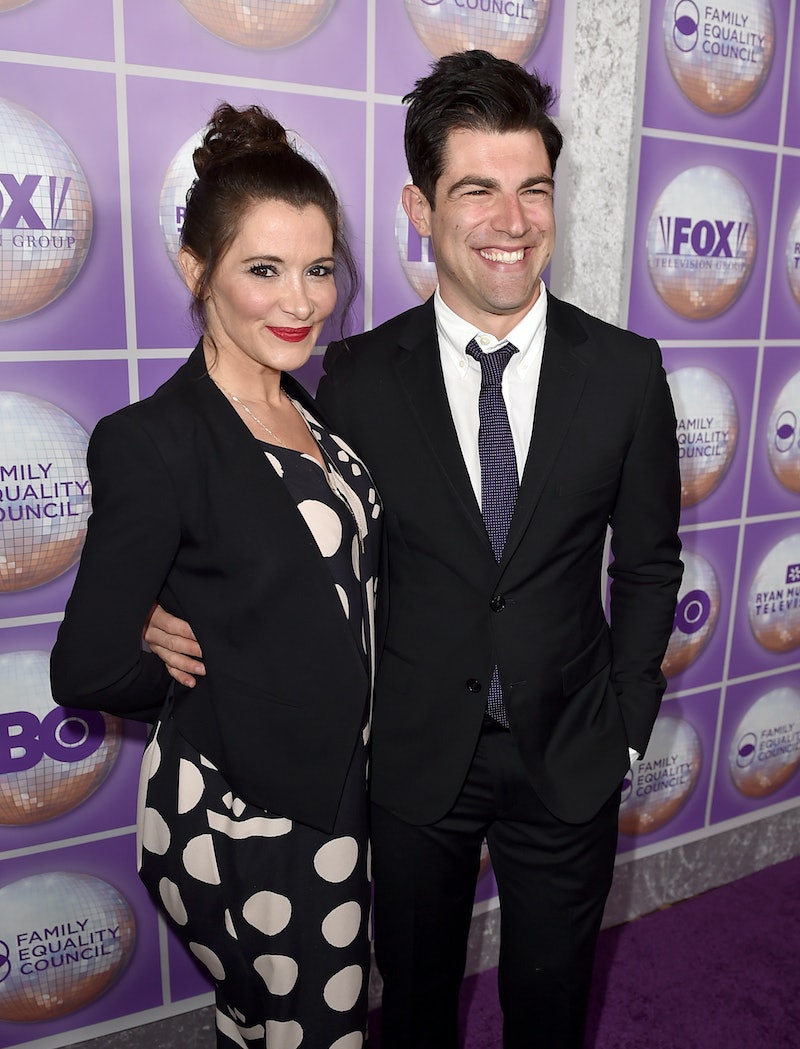 In addition to sharing the news, the couple revealed that their baby boy's name is Ozzie James Greenfield. We also know that he weighed in at 6 pounds 12 ounces. A source told E! that everyone is "doing great" after Ozzie's arrival.

Ozzie is the second child for the couple, the first being his big sister Lilly Greenfield. Sanchez, a casting executive, announced her pregnancy back in April and since then, the couple has been super busy awaiting their new bundle of joy. Along with preparing for Ozzie's debut, Greenfield has been hard at work at his role on New Girl along with an appearance on American Horror Story: Hotel. And, of course, now both parents will have a whole new set of responsibilities now that their second child is here.

Many congratulations are in order for the happy parents as they bask in the glow of parenthood once more. I can't wait to see the photos of the new baby!