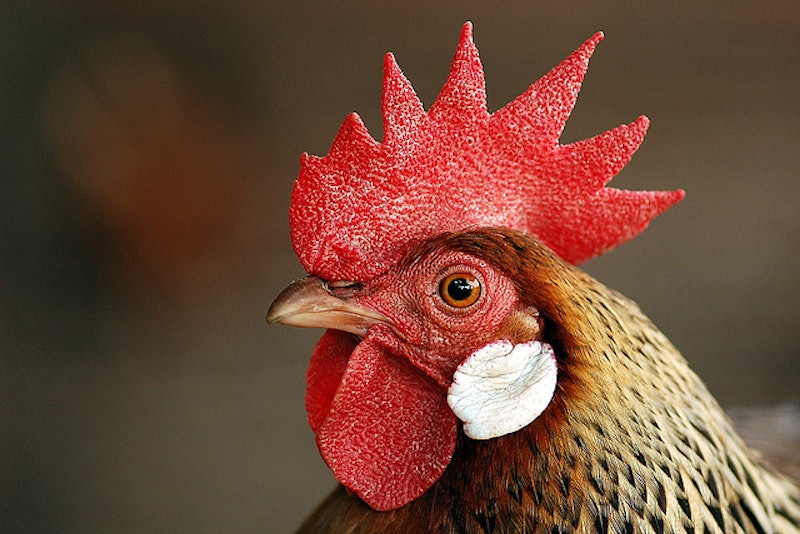 Superstitions, as we know them these days, are mostly about "luck" — attracting it and avoiding any signs that it may turn on us. Chances are that we regard them with slightly awkward cynicism — even if we still don't want to step on a crack or open an umbrella inside, just in case. In ancient societies, however, where the universe was seen as ruled by diverse gods and forces, superstitions were often personal tools to keep one's health, wealth, and family safe in a dangerous, potentially demon-ridden environment. In ancient Greece, Rome, Mesopotamia, and other cultures — and, in some cases, much more modern ones — you took omens and potential signs of calamity and chaos deadly seriously.

In case we get too uppity about superstitions and the superiority of modern civilization, though, let's dial that back a bit: Many people read their star signs every day, and astrology is a system of superstition thousands of years old. Unless you come from a family of supreme rationalists, you'll have at least heard of old beliefs — bad luck comes in threes, black cats shouldn't cross your path, don't cross under a ladder, put a cross in bread to make sure you let the devil out — even if you don't practice them. We're still very much conscious of many folk beliefs, particularly if we're part of a culture like China's, where superstition has been passed down for thousands of years.

Ancient commentators like the Roman Theophrastus were torn about superstitions; some thought they were an inherent part of a country's culture and past, while others thought they were for country bumpkins. But thanks to their arguments, we have records of some completely bonkers superstitions from the distant past.

1. You can predict the future from the entrails of animals.

This particularly joyous practice was distinctly non-vegetarian, but it also wasn't confined to the Romans or Greeks, though they put their own special spin on it. Finding details about the future in natural phenomena was a pretty standard part of many ancient civilizations, as was throwing bones or sticks to "read" what they said.

The Romans in particular did it grandly, though. They had state-sponsored entrail readers, called augurs (hence where we get the phrase "it augurs well" when signs are good). They divined the gods' opinion about big plans from all kinds of things, from the weather to the movement of bird flocks, but on big occasions, they'd consult a "haruspex," a person trained to inspect the entrails of sacrificed animals. A haruspex warned Caesar about the Ides Of March; you ignored these people at your peril.

2. If you see an epileptic, spit on yourself to prevent "catching" what they have.

Another Roman superstition for our books, this one from the writer Theophrastus I've mentioned before. He recorded a lot of superstitions, but mostly as a way of making fun of the people who did them so rigorously — because, it seemed to him, worrying so much about omens didn't leave you a lot of time to, you know, do anything.

In ancient Rome, epileptics and people with mental illness weren't treated particularly well — and if you saw one, your immediate superstitious response was to spit on yourself, to prevent the "contagion" spreading to you. How this was supposed to work remains unclear.

3. The ashes of a redhead will guarantee you a good harvest.

Got a ginger friend? Be prepared to leap into the crematorium at their death; their ashes are going to give your fields a mighty boost. Although they'll also have been offered as human sacrifices to Osiris first, so they may not be that keen.

Redheads didn't have too much of a good rap in ancient Egypt, where this superstition came from — at least according to the Malleus Malleficarum , a medieval book about witches. So maybe take it with a grain of salt. The general idea? Redheads, once they'd been sacrificed, would be burned and then spread over fields, and their ashes would guarantee a very good harvest.

4. Touch a man condemned to death and you'll have good luck.

An Elizabethan superstition, this one may have just been about trying to use the phenomenal amount of people hanged or drowned for various offences. Elizabeth might look pretty staid and calm in her pictures, but do something wrong in her reign and you ended up having a pretty bloody death.

The superstition went that good luck would ensue if you managed to break through the melee that often surrounded public hangings and actually touch the body of the condemned person. (If they didn't kick you first, which frankly I think is fair enough.)

5. A battle's winner depends on whether chickens will eat cake.

Back to the Romans for this one, and actually a fairly famous superstition at that. We know about it because of an anecdote from the naval Battle of Drepana in 249 BC, between the Romans and their enemies the Carthaginians. It involves a recalcitrant chicken, an unhappy general, and a very bad joke.

Roman battleships kept sacred chickens on board to check whether they'd win battles or not. If the chickens pecked at the cake they were offered, the Romans would win the day; if not, they'd lose. The general in charge, Claudius Pulcher, was reportedly infuriated when the chicken wouldn't eat, and threw it overboard, saying that if it didn't eat, "it could drink instead". They lost the battle.

6. A forked branch will dip if it nears water.

You're very likely to know this one — Russell Crowe just made a movie about it, The Water Diviner . Dowsing, or the practice of apparently finding water through following a forked branch held in both hands, was apparently first used in ancient Africa, was popular in many ancient societies, and is a way to find hidden water trapped under the earth by following the dowsing-stick's "vibrations".

There are those who still dowse today, claiming that they're tuning into the water's magnetic signal, but the U.S. Geological Survey doesn't give them much credit. "Some water exists under the Earth's surface almost everywhere. This explains why many dowsers appear to be successful," is their opinion on the matter.

7. If you draw blood from a witch, she can't harm you.

If you believed in witches in the European Middle Ages, you were probably frightened of them a good deal of the time, since they were reputed to be able to cause illness and death, make children sicken, ruin crops, and generally make unholy nuisances of themselves. Surprisingly, witches were a long-standing European belief for centuries before witch trials began anywhere.

Before that hysteria, however, there were ways to deal with witches. One, as Shakespeare himself mentions in one of his History Plays, is to scratch them enough to draw blood. Superstition dictated that a witch who was bleeding by your own hand wouldn't harm you.

8. You can divert illness by saying it happened to somebody else.

This would, if it worked, be a medical miracle as well as a unique linguistic trick. It comes from the ancient Egyptians, who lived in a culture defined by magic and religion, where the divide between the two was extremely blurry (if it existed at all). The idea of "charming" was a strong part of ancient Egyptian culture; there was an entire group of lower magicians called "scorpion charmers," whose sole duty was to use spells to heal scorpion bites and drive poisonous animals away from populated areas.

But this particular superstition was based on diverting illness and luck away from one person, and onto another. Apparently, when speaking of an ill or injured pharaoh or prominent citizen, Egyptians would call the affected party another person's name — the pharaoh's enemy, for instance — in hopes of luring the illness away. You'd think this was confusing, but I guess if everybody knew the system...

9. If your chest-hair curls upwards, you'll become a slave.

Obviously this one's only really applicable to dudes. It's an ancient Mesopotamian superstition found in a bunch of texts in Akkadian, the language of the empire, about oracles and ways to tell the future. The texts have complex instructions about how to read the entrails of a sheep — I told you it wasn't just a Roman thing — and specialize in predicting gruesomely specific deaths (for instance, if your right eye pops out, you'll probably be eaten by dogs).

One of their weirdest predictions, though, is the idea that chest-hair curling upwards is an innate predictor of a future in slavery. This may have been a reference to something about slaves in Mesopotamia: they had a unique hairstyle, a single lock of hair, that marked them out. Or it could be totally disconnected. Unfortunately there are no Mesopotamians to ask — so just make sure you comb down all the chest hair you see...