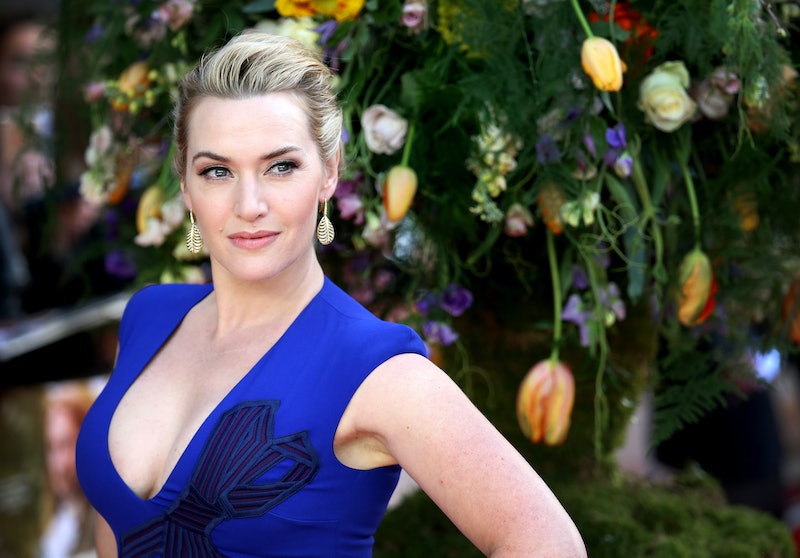 There are a lot of celebrities out there whom I really really respect or want to be best friends with, but never have those two sensations intersected so strongly as they did when I read how Kate Winslet got her part in Steve Jobs . From the outside, I assume that everyone in Hollywood is as obsessed with her as I am, and they get down on bended knee and beg her to take every movie role they place before her, but she makes it very clear in a new interview with New York Magazine that that isn't the case. The role in question is the real-life character of Joanna Hoffman, a woman who joined Apple early on in her career and early in the company's lifetime; Hoffman went on to become one of the original members of the Macintosh team, the heart of its marketing program, and one of the only people who could effectively communicate with Steve Jobs. And since Jobs was known as such an intense, charismatic genius, I couldn't be more interested in the backstory of a colleague like Hoffman who actually understood him.

And Winslet clearly agrees with me, as she went to great lengths to try to secure the role after hearing about the Aaron Sorkin-written and Danny Boyle-helmed project. She first heard about it from a hair and makeup artist on set of the film The Dressmaker in Australia, when they were each talking about their next projects. She told NY Mag that the makeup artist told her that filming would begin in January and the filmmakers were trying to pull everything together quickly, and at that moment Winslet was just about to start a break at the end of December. Serendipitous, no?

Anyone else might be put off by the seeming-impossibility of getting cast as a lead role in a movie that starts filming in less than a month, but not Winslet! Even though she looks absolutely nothing like Hoffman, who is a Polish-Armenian immigrant, and the role had even been offered to someone else, Winslet was determined to make it happen. She told NY Mag:

I could feel that the powers that be weren’t overly intrigued by the idea of me playing this role, maybe because physically, facially, I didn’t look like a Polish-Armenian immigrant. But sometimes you have to convince people, so my wonderful husband, Ned [Rocknroll], I said to him, “Okay, honey, please, while I’m at work, would you mind awfully going to a wig shop and, please, get for me three dark-haired wigs, one short, one shoulder-length, and one long — and we will Google what this woman looks like.” There are very few actual images of her online, and I said, “Of course, I look absolutely nothing like her, perfect.” So I put a wig on my head and scrubbed my face of all makeup. I took one photograph of myself, and, lucky me, I have an email address of one Mr. Scott Rudin [producing the film], and I just sent him the photo with no subject.

And you guys. THAT DID IT. Obviously, it makes a huge difference that this is an Academy Award-winning actress that we're talking about, but I am completely in love with the move of sending a photo in an email with absolutely no subject line or content and just being like, "You figure it out." Bad. Ass.

It's the kind of balls-out move that not only makes me love Winslet more, but also convinces me she's the right person to play Hoffman, and 100 percent guarantees I'll have my butt in a seat to see her kill it in this movie when it comes out on Oct. 9.