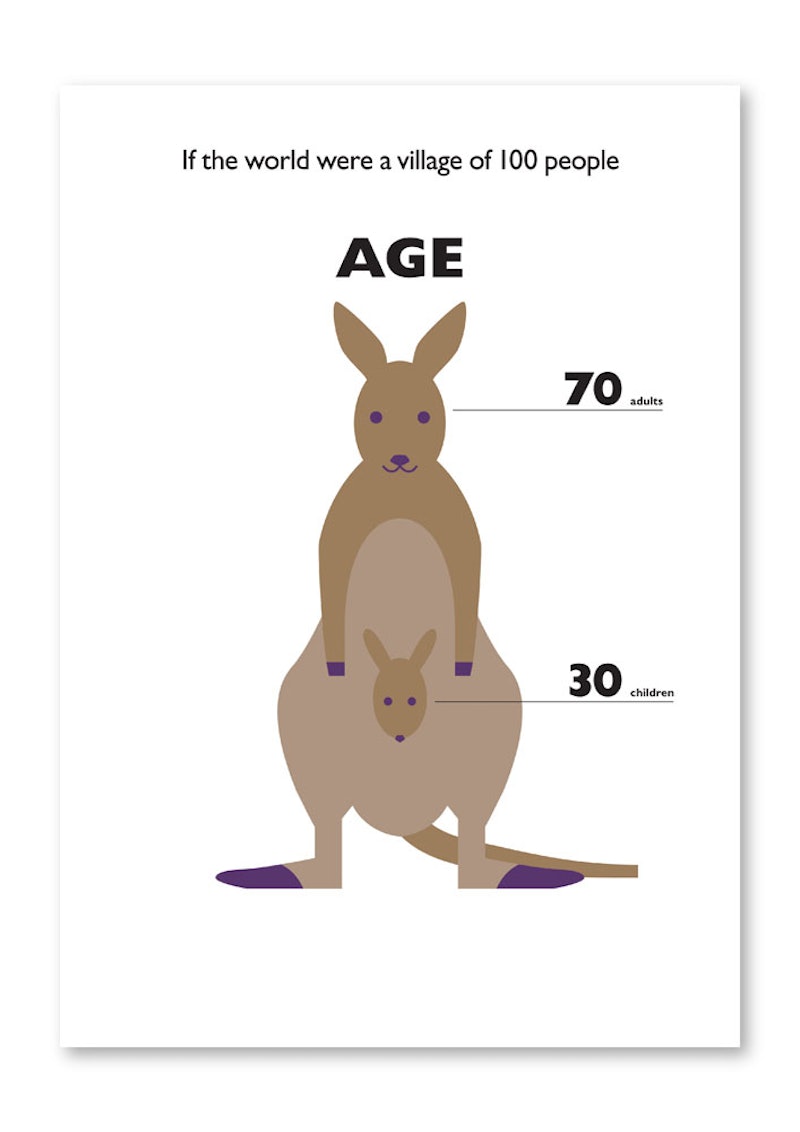 In a set of infographics titled “The World of 100,” graphic designer Toby Ng asks, “If the world were a village of 100 people, what would its composition be?” The world is a huge place — at times, too large even to comprehend — and statistics about millions or even billions of people can be so abstract as to be meaningless. By making the world smaller, the size of a tiny village, Ng transforms abstract figures about other people's lives into immediate, pressing realities.

There are more than 7 billion people living on the planet right now. North Americans make up only 5 percent of that, a tiny amount compared to other parts of the world. Asia, for example, is home to almost 4.3 billion people, 60 percent of the Earth’s total population. However, knowing North America’s statistical relationship to the rest of the world, and actually understanding what that means are two very different things. Faced with staggeringly large numbers, it can be difficult to really latch onto and care about the difference between twenty million and fifty million, or 100 million and a billion. Instead of thinking in terms of real populations, the World of 100 series asks us to imagine only a hundred people, a group the size of which we regularly encounter in movie theatres, airplanes, and lectures. The simple shift in scale yields some surprising results, illustrating in stark terms how the U.S. relates to the global population. Did you know, for example, that if the world were a hundred people living all together, 24 of them wouldn’t have access to electricity? That only 30 of them would be white? That only one person would be college-educated? That 20 would live in fear of death, rape, or kidnapping in armed conflict?* As Ng tells viewers, “Look, this is the world we are living in.”

* Toby Ng first gathered statistics for this project in 2008, so some of the data may have shifted slightly in the intervening years. He updated the information in a series of postcards in 2011, which you can find here.