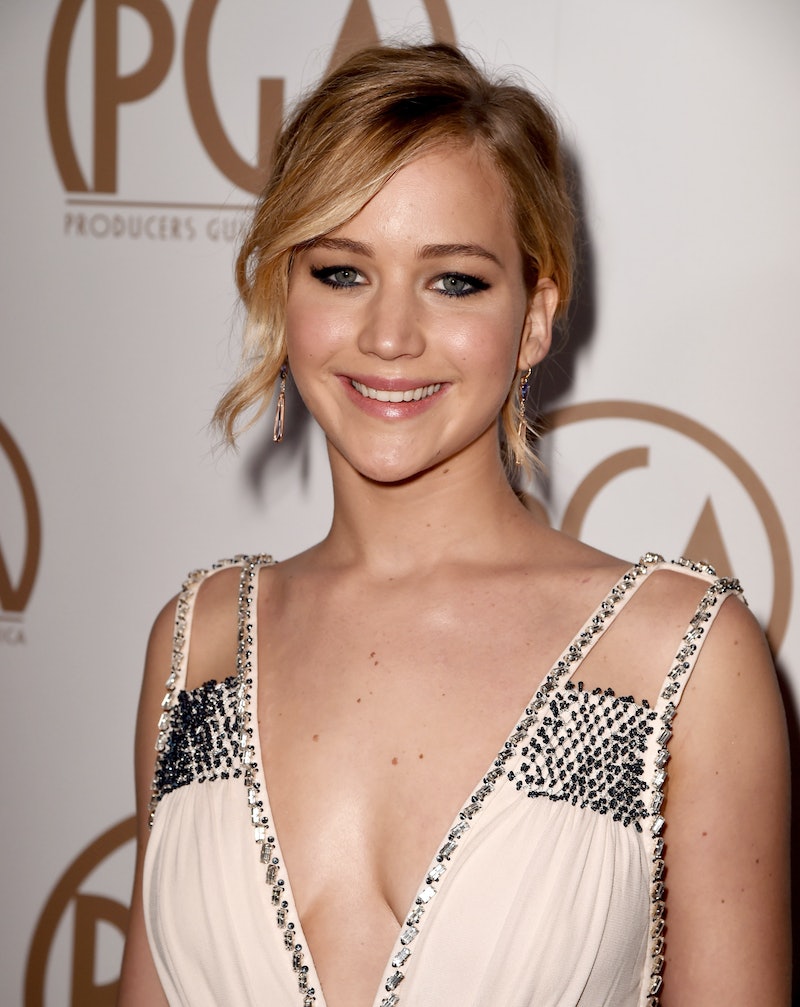 If I had to pick anyone to be my Hollywood BFF, Jennifer Lawrence and Amy Schumer would absolutely be at the top of my list. Clearly I have good taste, because the ladies recently became real-life friends and even went on vacation together to the Hamptons earlier this summer, where they rode jet skis and basically made me completely jealous. Now they've decided to take their amazing connection to the big screen, and I'm way too excited for my own good. Not only are Lawrence and Schumer writing a movie together, but they'll also be starring in it, playing sisters. Have you heard better news in recent history? I haven't. These two are a match made in creative heaven, and I don't even think they realize just how perfect it is for them to team up.

While we don't know anything about the movie just yet, I feel like it's pretty safe to say that it's going to be hilarious. Both Lawrence and Schumer are ridiculously funny in the best possible way, and given that they have a real life friendship to back up their working relationship, they'll be even more in tune, guaranteeing that there will be no shortage of some serious laughs. I don't even care if I have to wait several years for this movie to come out — I'm living for it, because it's going to be perfect.

Here's why a J. Law and Amy Schumer collaboration is basically the most flawless thing to ever happen.

They're Smart As Hell

Both J. Law and Schumer are intelligent and perceptive and know what they want to say. Neither woman has ever been shy about speaking her mind, and there's no way they'll be writing a movie that isn't just as clever as they are.

They're Courageous When It Comes To Comedy

Lawrence may not be a comedy actress, but that doesn't mean she's embarrassed about acting silly. She's super laid back and known for being hilarious, and Schumer has made a living from her sense of humor. Together, they'll go places that many comedians wouldn't, and that's an amazing prospect.

They'll Write Roles That Are Good For Women

No one writes female characters better than, you know, actual females. This goes hand-in-hand with the whole "being super smart", thing. Schumer and Lawrence wouldn't paint women in ways that are stereotypical or unflattering (at least unintentionally). We'll probably all be able to relate to the women they play, because I certainly have in the past!

Both Schumer and Lawrence have paid their dues in Hollywood, working on independent projects and more low-key movies and shows in order to get where they are today. Lawrence is not only the highest paid actress out there right now, but she's also one of the best at what she does. Schumer has worked her way up the showbiz ladder and is now one of the most in-demand comedians out there. What's better than combining their powers?

They're At The Top Of Their Fields

Not only have they got cred, but both J. Law and Schumer are literally killing it in Hollywood right now. They're on the covers of magazines, being interviewed on all the talk shows, and doing huge blockbusters that are selling at the box office like crazy. That means the movie they've written will have no trouble getting finance, unless executives are stupid (and something tells me they're not, especially when it comes to the prospect of making serious bank).

They're Giving Us What We Need

I can't wait for the new Tina Fey and Amy Poehler movie, Sisters, coming out later this year. But one movie every 10 years or so just isn't enough. We need more smart and hilarious female comedies, and I can't think of anyone better to fit the bill than Lawrence and Schumer. Give it to me now!