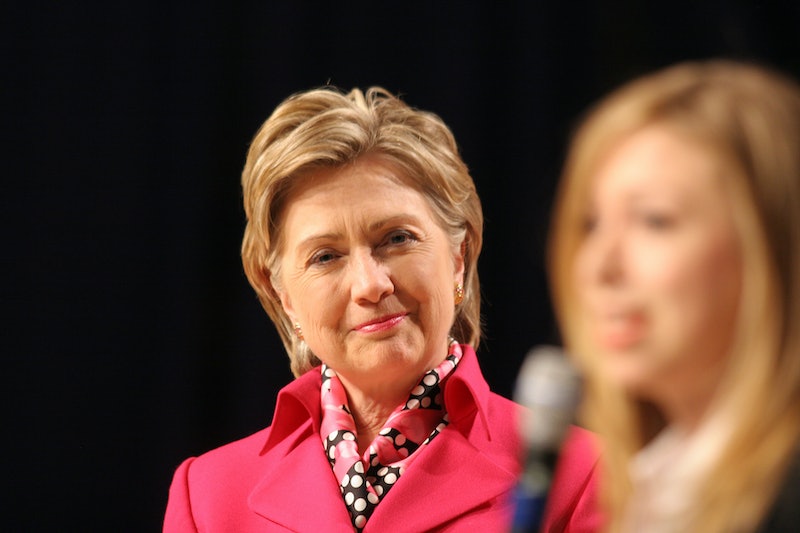 Fully understanding that you were raised by a feminist doesn't mean that your mother had to be Gloria Steinem. Feminism doesn't always need to be explicit; it could be as simple as having a parent who taught you that you, as a woman, were equal to any man. Equality between the sexes is the basic tenet of feminism, and if you were raised believing in that then you were raised by a feminist. So if you mother or father never said to you "This is feminism", you still might have been in the clutches of a feminist all along. Which is a good thing, because it's probably made you a more empowered female, or a more empathetic male. Either way, you're in the right camp.

My mother never told me about feminism, but she altered me to the fact that things might be more difficult for me because I was female, and that that was inherently wrong. She wanted me to be regal and thick skinned and hardworking, and to never take any crap from anyone. For every time she didn't explicitly say "feminism," she implicitly showed me how to be a feminist my guiding me along a path of female empowerment. Here are some signs that you too, might have been raised by a feminist.

1. You Believed You Could Be Anything

For a while, I wanted to be an actress. But then my mother told me women could be anything, not limited to occupations dictated by appearance, and I was so overwhelmed for options I thought I would puke. At age ten, I wanted to be the first Australian female commercial airline pilot, race car driver, or Jesse Owens. I wanted to do a "boy thing," but I wanted to do it as a girl. If you believed you could be anything, no matter how grand or how traditionally masculine, then you were probably raised by a feminist too.

If you were raised by a feminist, your toys weren't limited to Barbie dolls. Sure, you might have had them, but you also had Transformers, Legos, and science kits, especially ones that involved growing those crystal trees. Being raised by a feminist meant that your imagination wasn't restricted to the traditionally feminine, and you were encouraged to explore.

If there's one thing my parents taught me it's to love to read. A feminist upbringing will remind you to constantly broaden your horizons by consuming whatever literature you can: fiction novels, non-fiction books, even the daily news. It may seem innocuous enough, but encouraging female education is still seemingly a radical feminist act. You only need to glance around the world (Malala Yousafzai, for instance) to see how the cultivating female intelligence and free thought is systematically quashed.

4. You Were Encouraged To Have And Share An Opinion

Pursuant to the above, when you were growing up your feminist parents would have always encouraged you to speak up. Where society would have you surrender your opinions in order to be more "liked" or "desirable", your parents let you know that that's complete bull. They probably also stood up for you when you were stepping out of line on rational/informed grounds — for instance, my parents had my back when I started a feminist revolt in fifth grade, demanding that the girls got preference for equal share of the cricket pitch at recess as the boys did.

5. You Were Taught To Ask Questions

Feminist parents will teach you to question everything. Even them. Being feminist requires scrutiny on all fronts, including social, cultural, political and economic considerations. Critical thinking is important to feminism, because after all, if women never thought critically about the inequalities they faced, where would we be now?

One of the most subtle but profound ways you know you were raised by a feminist is that you always felt powerful growing up. That's not to say you never felt scared or vulnerable, but rather that your parents equipped you with the self-confidence to believe any hurdle was surmountable, even when the hurdles that faced you were gender inequality.