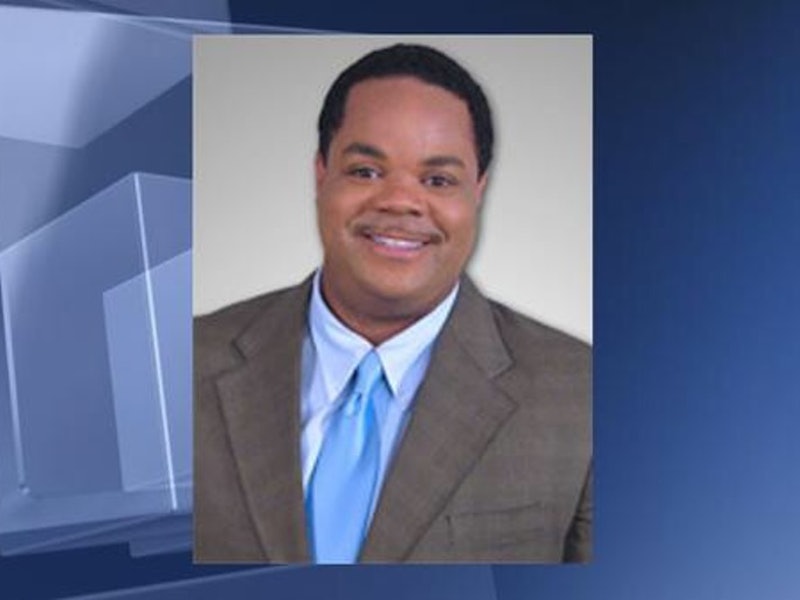 Hours after shooting and killing two journalists from WDBJ7, Virginia TV shooting suspect Vester Flanagan (or Bryce Williams) sent his manifesto to ABC News. According to the network, Flanagan had called the outlet several times during the weeks before the shooting seeking fax information. On Wednesday morning, two hours after Adam Ward and Alison Parker were shot, ABC News received a 23-page fax from a man claiming to be Flanagan. Two hours later, Flanagan called again, identified himself, and told a staff member that he had shot two people.

The manifesto, which is a wandering and confusing jumble of thoughts, has been turned over to authorities. But ABC News published snippets of the document, in which Flanagan, who went by the on-air name Bryce Williams, discusses alleged sexual and racial harassment, and references the Charleston church shooting earlier this summer that left nine African Americans dead.

Why did I do it? I put down a deposit for a gun on 6/19/15. The Church shooting in Charleston happened on 6/17/15 ... What sent me over the top was the church shooting. And my hollow point bullets have the victims' initials on them.

The rest of the manifesto, according to ABC , is reportedly made up of letters to friends, families, and authorities, and discusses Flanagan's time at WDBJ7, the television station where Parker and Ward worked. Flanagan was fired from the station approximately two years ago, due to an inability to work with fellow reporters and team members, WDBJ General Manager Jeff Marks said. "Eventually after many incidents of his anger coming to the fore, we dismissed him. He did not take that well."

Flanagan claims that Dylann Roof spurred his attack, saying, as quoted by ABC News, “As for Dylann Roof? You (deleted)! You want a race war (deleted)? BRING IT THEN YOU WHITE …(deleted)!!!” One of the most chilling moments of the manifesto is when Flanagan heaps praise on past mass murderers such as Seung-Hui Cho, the Virginia Tech mass killer, and Eric Harris and Dylann Klebold, the Columbine High School killers.

Also, I was influenced by Seung-Hui Cho. That’s my boy right there. He got NEARLY double the amount that Eric Harris and Dylann Klebold got…just sayin.'

He goes on to list the various hardships he said he had suffered, specifically bullying and harassment he allegedly faced due to being black and gay. Flanagan claimed he was the victim of hate crimes and sexual harassment, and described what he claimed was a hostile work environment at WDBJ7, that "truly f----d with my life and caused an awful chain of events." He claims he even killed his cats because of WDBJ7.

He went on to allege that the photographers were out to get him.

The photogs were out to get me at WDBJ7... one went to HR after only working with me one time... the chief photog told his troops to [record video of] me if they saw be doing something wrong.

The photographer in question appears to be Ward, who Flanagan later named in a Tweet saying, "Adam went to hr on me after working with me one time!!!"

According to memos obtained by The Guardian, Flanagan allegedly had multiple behavioral incidents during his time at WDBJ7, and was routinely encouraged to improve relations with the photography staff. After being fired, Flanagan wrote a letter to the Roanoke city general district court judge detailing what he believed was an orchestrated effort by the photographers to have him fired, the news organization reports.

In the manifesto, Flanagan describes how his anger has been building, as a result of these alleged slights, which he insinuates are connected to a culture of racism.

Yes, it will sound like I am angry. I am. And I have every right to be. But when I leave this Earth, the only emotion I want to feel is peace.... The church shooting was the tipping point…but my anger has been building steadily...I’ve been a human powder keg for a while...just waiting to go BOOM!!!!

According to Flanagan, he had hit his breaking point.

[I] tried to pull myself up by the bootstraps...The damage was already done and when someone gets to this point, there is nothing that can be said or done to change their sadness to happiness. It does not work that way. Meds? Nah. It's too much.

In addition to providing motive, the manifesto also served as Flanagan's suicide note. One section of the manifesto was titled "Suicide Note for Friends and Family." Shortly before behind apprehended by police, Flanagan shot himself. He later died from his injuries at Inova Fairfax Hospital.

More like this
6 Organizations Fighting Police Brutality That You Can Support Right Now
By Syeda Khaula Saad and JR Thorpe
Here’s Where The NHS Nurses’ Strike Currently Stands
By Sophie McEvoy
A New Netflix Doc Will Explore The Unsolved Murder Of Jill Dando
By Sam Ramsden
This First Look At 'The Gold' Shows Jack Lowden In A Whole New Light
By El Hunt and Sam Ramsden
Get Even More From Bustle — Sign Up For The Newsletter
From hair trends to relationship advice, our daily newsletter has everything you need to sound like a person who’s on TikTok, even if you aren’t.