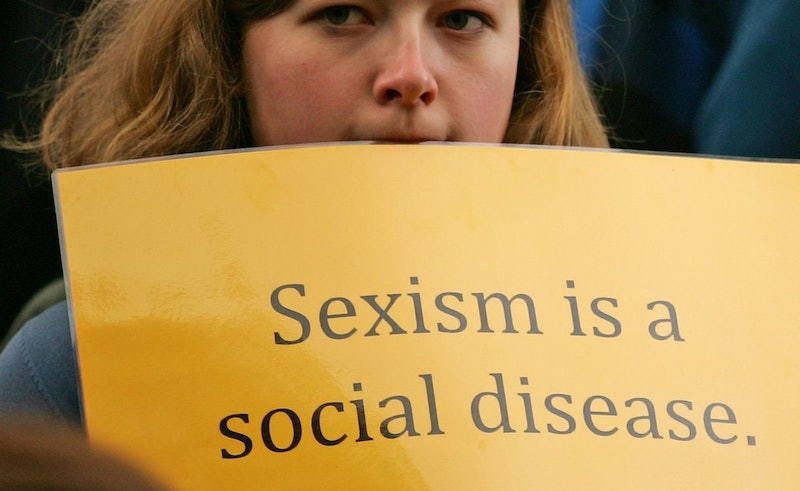 Two years after its launch, the Everyday Sexism Project has reached 50,000 user-submitted entries. While it's cool too see such involvement — yikes, that's a lot of bad news. Each entry documents an instance of the kind of sexism that women around the globe encounter in their lives daily, some of it subtle and offhand, some direct and severe.

These 50,000 stories of ignorance, harassment, discrimination, and abuse have been submitted by girls, boys, women, and men around the world. "That the number is so high doesn't reflect the popularity of the project itself so much as the sheer mass of stories out there," writes founder Laura Bates at the Guardian . "Since I started it, nearly every woman I have met has told me hers."

In a call for entries, Bates asks for stories "outrageously offensive or so niggling and normalised that you don’t even feel able to protest." By sharing a story (openly or pseudonymously), "you’re showing the world that sexism does exist, it is faced by women everyday and it is a valid problem to discuss," she writes.

The project has been particularly successful on Twitter, where it has more than 112,000 followers. It's launched or co-spearheaded several successful social media campaigns, against things like anti-women hate speech on Facebook and street harassment (see #ShoutingBack). Learn more about the Everyday Sexism Project's mission and efforts in this video: