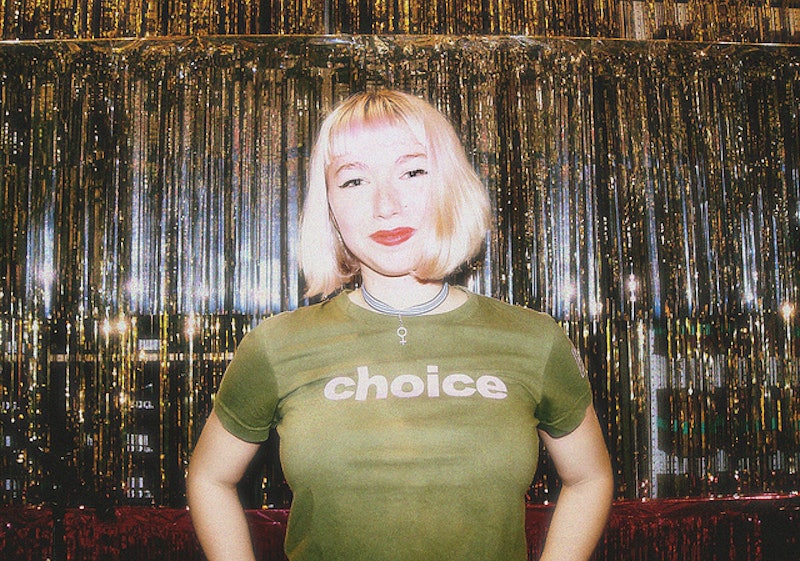 Some view feminism as a lofty, complex ideology that takes years of institutional learning to fully understand and incorporate effectively into your life. While there is always more to learn, embracing gender equality doesn't have an age limit, and teenage feminists are just as worthy of their feminist stripes as seasoned pros are.

In a recent article for The Guardian, Jessica Valenti praises young, outspoken, up-and-comers who are making the F-word more accessible to the under 20 set. "A new generation of young feminists who came of age online are tremendously more informed than their internet-less predecessors," she writes — and it's pretty hard to argue with that. Despite the fact that anti-feminist sentiment and a plethora of misinformation about feminism breeds online, it's still far easier for young women to create community and organize politically than ever before.

So while we should all give respect to our elders (like Gloria Steinem, bell hooks, Ruth Bader Ginsburg et al) who paved the way, we shouldn't do so at the expense of the young women fighting the good fight. Here are five reasons that we need teenage feminists, because they are, after all, the future of feminism.

1. They Can Introduce Feminism To Other Teens

Peer pressure already exists in high school, so why not put it to good use and make other teens jump on the feminist bandwagon? JK, but seriously, it's far easier to inspire your friends at a young age to embrace the fight for gender equality than it is later on.

2. They Can Be Sex-Positive Before They Even Sex

3. They Can Combat Sexism When It Starts

Young feminists armed with a basic knowledge of patriarchal conditioning can do far more harm to sexism at its root than some teacher or parent can with a preachy lecture.

4. They Can Inspire Body Positivity In Those Around Them

Unrealistic standards of female beauty are everywhere, but teen feminists know that it's a societal system designed to set them up for failure. Body acceptance is contagious, and teen feminists can wield it like a body-positive weapon.

5. They Can Teach Older Feminists A Thing Or Two

The reason the feminist movement has survived is that it is constantly infused with new ideas and new blood. Teenage feminists can bring radical new perspectives on gender identity, sexuality, body image, and the digital political which can strengthen the movement — and teach older feminists a thing or two in the process.

More like this
25 Inspiring Quotes From Black Women To Celebrate Black History Month
By Kyli Rodriguez-Cayro and JR Thorpe
24 History-Making Black Women You Probably Didn't Learn About In School
By Ayana Lage and JR Thorpe
12 Aphrodisiac Desserts To Spice Up Your Valentine’s Day
By Kaitlyn Wylde
15 Black-Owned Liquor & Wine Brands To Add To Your Bar Cart
By Alexis Morillo
Get Even More From Bustle — Sign Up For The Newsletter
From hair trends to relationship advice, our daily newsletter has everything you need to sound like a person who’s on TikTok, even if you aren’t.