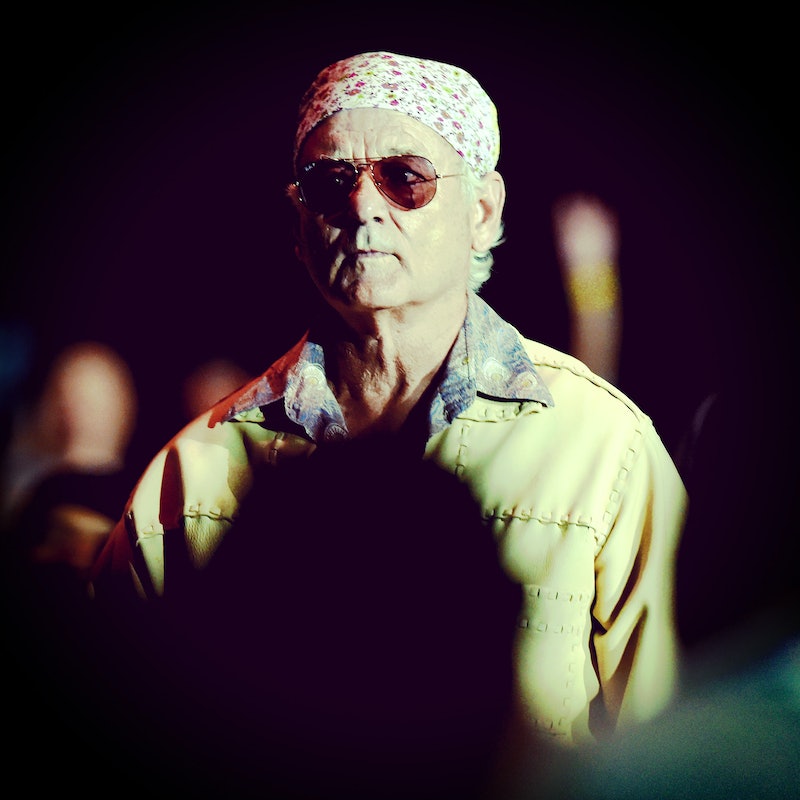 Whether it's his performance in Rushmore, Groundhog Day, Lost in Translation, or, more recently, St. Vincent, we can count on Bill Murray to be the tragicomic hero we need him to be. This is no less apparent than his upcoming effort Rock the Kasbah, a so-called "dramatic comedy" about a music manager (Murray) who, stranded in Afghanistan, happens upon a teenage woman with huge aspirations to be the first female competitor on an American Idol-esque music program called Afghan Star. A new trailer for Rock the Kasbah just premiered on Yahoo! Music, and it shows Murray in peak form, alternately hilarious and self-pitying.

The film also stars Kate Hudson and Zooey Deschanel, and the resemblances to Almost Famous don't stop there. Murray plays Richie Lanz, a talent agent past his prime, but still on the hunt for the next big thing. At a recent Comic Con appearance, Murray said his performance was inspired by Van Morrison's tour manager — much like Almost Famous, which was inspired by Cameron Crowe's own experience as a music writer for Rolling Stone. Danny McBride and Bruce Willis will also star. But Murray remains at the heart of it all, and the trailer reveals why he might be the Billy Crudup successor we've been waiting for. Check out the trailer below. 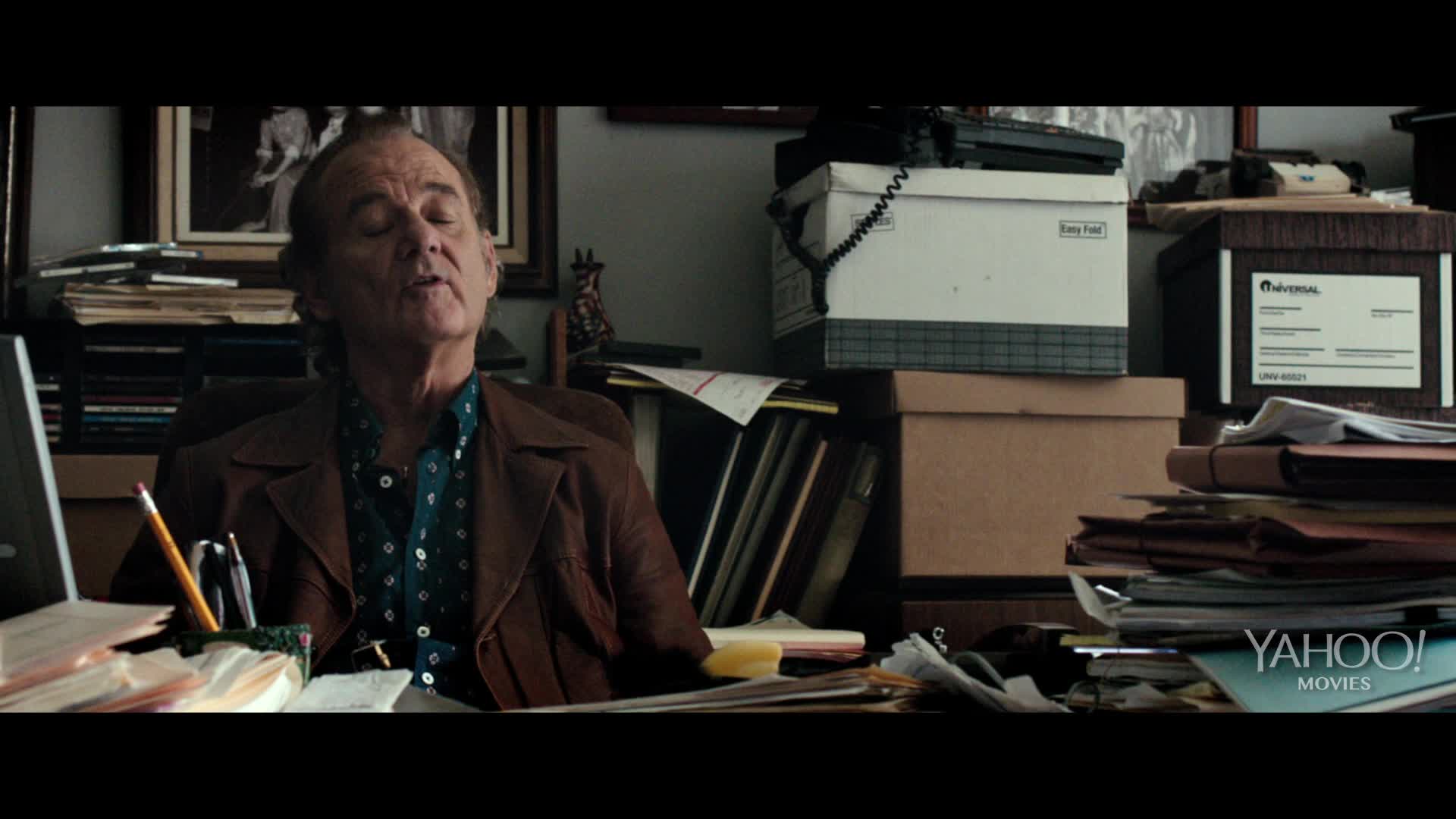 Rock The Kasbah Will Have A Ton Of Musical Interludes

As with any good rock dramedy, there will be music aplenty. But unlike Almost Famous, the central character — Murray's Richie Lanz — probably won't sing. He's sort of like a hybrid Russell Hammond of Almost Famous.

When Murray informs his last remaining starlet (Deschanel) that her next gig will be a performance in front of hundreds of soldiers in Afghanistan, she breaks down. It's reminiscent of the confessional circle that begins when the band believes their plane is about to go down in Almost Famous.

And Some Questionable Exploits.

Who can forget a stoned Billy Crudup standing on a roof, hollering "I am a golden god!" for the crowd below? Rock the Kasbah promises a few comedic breaks along those lines.

The ticket to Lanz's reemergence as a music agent, a young Afghani woman with a stunning voice, appears out of the trunk of his car and convinces him to take her on as a client. She sort of pesters him into submission, much like the dogged persistence of the semi-autobiographical Cameron Crowe character in Almost Famous.

But There Are Some Disappearances, Too

"What happened to that smile you had, that Richie Lanz smile?" Zooey Deschanel asks in the new trailer (one of several scenes that has been added for the updated version). "You were really something."

"Not were, sweetheart," Murray retorts. "Am." But it's evident from their surroundings — chain link fences, vinyl and linoleum — that this isn't entirely accurate. Narrative plotting practically requires that Murray will eventually be forced to confront his status as a has-been in order to turn his career around.

"I'm still in the goddamn game, baby," he says. ("Baby" seems to be something of a catch-phrase for him.) Rock the Kasbah looks to be an updated, politicized version of Almost Famous, and if it can keep its political correctness in check (there looks to be a lot of east-versus-west humor and even a roadside bomb), it might be the spiritual sequel we've been waiting for.